SABRA auction a hit once again 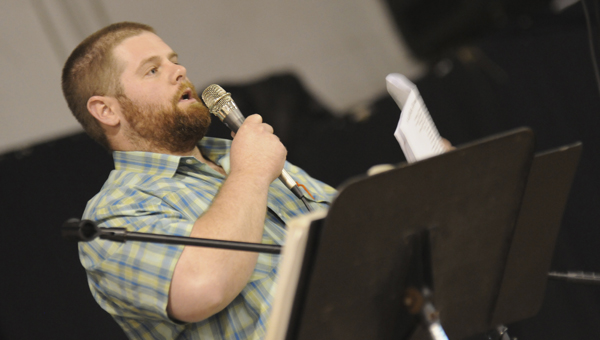 Selma resident Whit Lane auctions off items Thursday night at the Selma and Blackbelt Regional Abuse Sancuary’s annual charity and dinner auction. The fundraiser raises money for the organization’s efforts to held the victims and survivorrs of sexual and domestic violence in Dallas, Perry and Wilcox counties. –Sarah Robinson

Very few of the 35 tables for the auction were left empty at the Old National Guard Armory Thursday night as hundreds in the Selma community attended the auction to support Selma and Blackbelt Regional Abuse Sanctuary’s annual charity and dinner auction. The proceeds from the auction generated thousands, which will be used to fund SABRA’s efforts to help sexual and domestic violence in Dallas, Perry and Wilcox counties.

“We do this for our victims and survivors, so we can do all we can to help them,” Nancy Travis, the executive director of the SABRA Sanctuary, said.

The night started with a social hour, followed by dinner and live and silent auctions.

Throughout the night, a variety of items were sold, including a framed picture of the old Dallas County Courthouse, deer, quail hunting trips, a trip to Orange Beach and a painting autographed by musician Jason Isbell were among the many items sold.

The auction received support from various organizations with 12 sponsors reducing the cost of the auction and the event by donating services and items from their organization.

Many public officials made an appearance at the charity auction and dinner.