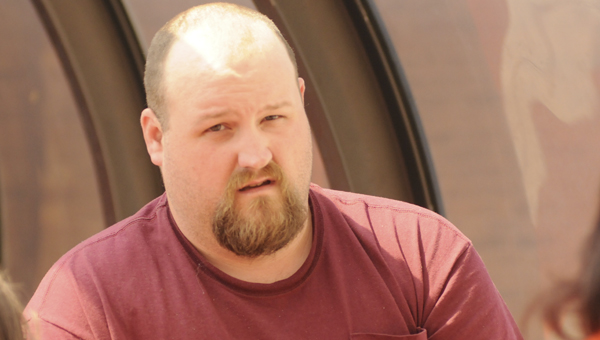 Jonathan Wilson (center) walks into the Dallas County Courthouse Thursday after being arrested and charged with aggravated child abuse. District Judge Bob Armstrong didn’t set a bond during the hearing, saying he would take the matter under consideration. (Josh Bergeron | Times-Journal)

A Valley Grande couple is in jail after allegedly physically abusing their niece.

The incident occurred Tuesday, when Johnathan and Tessie allegedly beat the young girl after she didn’t perform her chores up to the couple’s standards, according to Dallas County Sheriff’s Department Chief Deputy Randy Pugh.

Pugh said the pair used a wet towel and belt to strike the young girl. They also forced her to do pushups and jumping jacks as punishment.

The female victim is now in the custody of the Department of Human Resources, Pugh said.

Pugh said it was the worst child abuse incident he had seen in his time with the department but praised the response of the school system for reporting it so quickly. The girl’s elementary school reported the incident to the Department of Human Services Wednesday, and, within an hour, Pugh said sheriff’s deputies had arrested Jonathan and Tessie.

“She wasn’t even able to sit down, because of the abuse,” he said.

Jonathan and Tessie appeared in district court Thursday for a bond hearing and were appointed attorneys.

Assistant district attorney John Groos suggested the bond for both be set at $2 million. Though he called it an egregious act, District Judge Bob Armstrong disagreed with Groos’ suggestion. Armstrong didn’t set a bond during the hearing, saying he would take it under advisement, but said he thought $500,000 would be appropriate.

According to sheriff’s deputy Sgt. Mike Granthum, the recent incident of child abuse wasn’t the first of its kind. He said previously Jonathan and Tessie allegedly hit the young girl with a wooden board multiple times and the board ultimately broke.