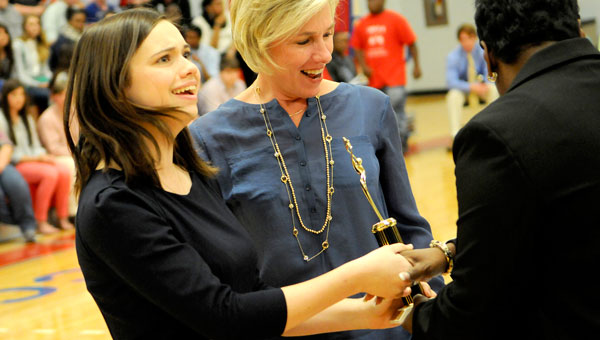 Dozens of area high school students packed Wallace Community College—Selma Friday to show off their technical and classroom knowledge as a part of the 22nd Academic Challenge for Excellence.

The competition included more than 30 categories in various subjects, such as brick laying, algebra and cosmetology. Each category included team and individual awards. First, second and third place award were handed out in each category.

Morgan Academy put on one of the strongest performances in the competition, sweeping math and social studies categories.

Morgan academy math teacher Whitney Holladay said the awards show off the work students do during the regular course of a school year.

“We really haven’t done anything special to prepare for ACE, but we do participate in other scholar bowl and math competitions throughout the year and this is just another wonderful opportunity for the students,” Holladay said. “It’s nice to see the kids rewarded for their hard work.”

Morgan’s director of instruction Karim Oaks said students for the ACE teams are selected based on their interest in the subject.

“I don’t want to take any credit for it as a teacher, because the students are naturally interested,” Oaks said. “We do work with them, but they are so motivated to do their best.”

Many students won multiple awards in the same categories.

“Winning an award is a positive for the students, especially if they are applying for scholarships,” Clifton said.