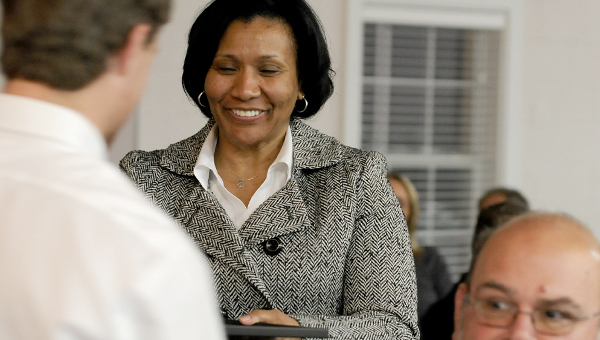 An organization responsible for improving the community thanked those who helped make it happen.

The non-profit organization awarded certificates to the companies who contributed to their efforts, even when the country experienced an economic crisis.

“Many of you have stepped up and supported the United Way and supported this community,” Jeff Cothran, executive director of the Selma and Dallas County United Way, said. “Without you, we just could not have done it.”

International Paper Co., Walmart, the West Central Alabama Rehabilitation Center, Honda Lock and others were among the companies recognized Thursday.

Cothran said the companies collectively donated more than $340,000 to United Way, which strives to improve lives by mobilizing the caring power of communities around the world to advance the common good.

During the ceremony, Becky Booker, the director of the United Way’s Alabama Combined Campaign, spoke with the audience about some of the life-changing features the program can provide thanks to their help.

She spoke about a phone number of 211 that provides crucial information to people in non-life threatening situations.

“One person at a time makes a difference,” Booker said. “Thanks for your support.”

United Way also honored board members who have given their time and effort to making United Way reach it’s full potential.