UPDATED: One arrested in connection with shooting incidents

The Selma Police Department has arrested a man in connection with two separate shooting incidents. 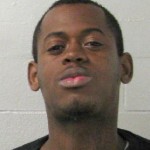 The first incident occurred Jan 31, when Pullom harassed and assaulted several patrons of a Selmont night club. Pullom left the club and came back with an assault rifle, according to a news release. Pullom then allegedly fired several rounds into the club and at patrons, according to the release.

Pullom was also wanted in connection with a March 2 incident at Jim Minor Homes, in Selmont. Police received a call about Pullom being disorderly at the housing complex. When officers arrived at Jim Minor Homes, Pullom and a crowd of other allegedly tossed bottles and fired several shots at the officers, according to the release.

After being arrested, he was booked into the Dallas County Jail and placed under no bond.

Pullom’s preliminary hearing is set for March 25. His attorney is Gary Thompson.

Payne Elementary students walk the school hallways representing Dr. Seuss characters as a part of their Read Across America and... read more