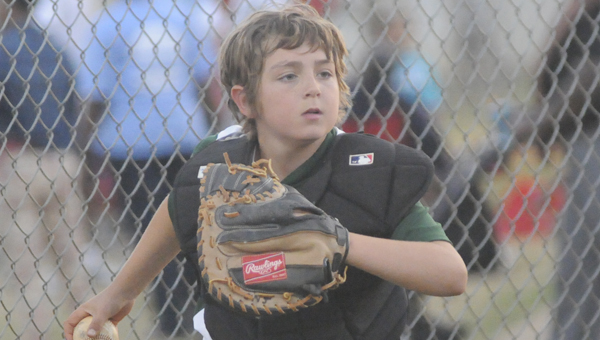 The Selma Parks and Recreation Department baseball and leagues will get underway Friday, April 4. Right now the league has an estimated 600 to 700 players signed up, with many more on a waiting list hoping for a spot to open up.–File Photo

With opening day less than a month away, the Selma Recreation Department is preparing for one of its biggest seasons ever.

Jones said there are between 600 and 700 players registered, with many others on waiting lists hoping for a spot.

“Compared to last year, our numbers are a little up,” Jones said. “We’ve got eight fast pitch softball teams compared to only five last year. In our nine and ten year old boys their numbers are up as well.”

“What we will do is introduce every team before they play,” Jones said. “We will line them up on the first base dugout and the third base line and call out everybody’s name and introduce them to the fans and then we play ball.”

The parks and recreation department league includes players from five years old to nineteen. Jones said most teams have already been drafted, with an average of 13 players per team. The only teams that have not drafted are the Dixie Majors and the Dixie Boys’ teams, because a lot of those players are in the midst of high school baseball season.

By the end of next week, Jones said he hopes to have schedules completed. Right now, the weather — which has mixed in cold and hot days in the last few weeks — is making it difficult for the teams to practice.

“Practices have kind of been slow,” Jones said.

“Last week we got some in but this week I don’t think anybody has practiced this week. Everybody is kind of on the same page with practices because it has been so wet.”

The recreation department works with coaches to provide them with fields in the city where they can practice. Jones said teams practice at the Dallas County Sportsplex as well as numerous elementary schools around the city.

Players can still sign up for a $10 registration fee. Any player that signs up at this point will be put on the waiting list.