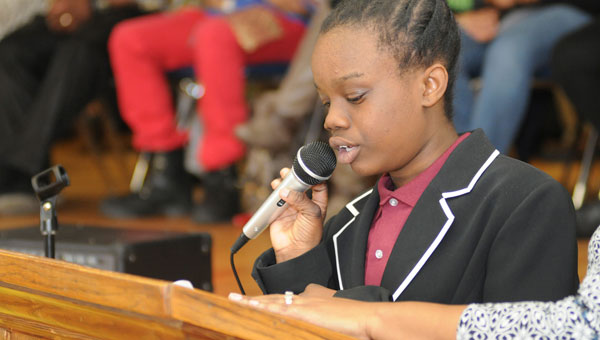 The ceremony, which was held in the school cafeteria, was meant to empower students and education them about African-American heritage.

“I am proud of my heritage, and I want that to be instilled in the students,” first grade Knox Elementary teacher Sherry Baker, who directed the program, said.

During the event, Knox Elementary Principal Adrienne Lee reassured the students of their worth.

“Each and every single person in this cafeteria has a purpose in his or her life,” Lee said. “Live out your purpose. Do not allow anybody to steal, kill or destroy your purpose in life.”

Natasha Williams, the mother of children in second grade and kindergarten at Knox Elementary, said she was glad to have her kids exposed to information about Black heritage that would benefit them throughout their lifetime.

“It’s important to know your history, so you can know where you came from and where you can go,” Williams said.