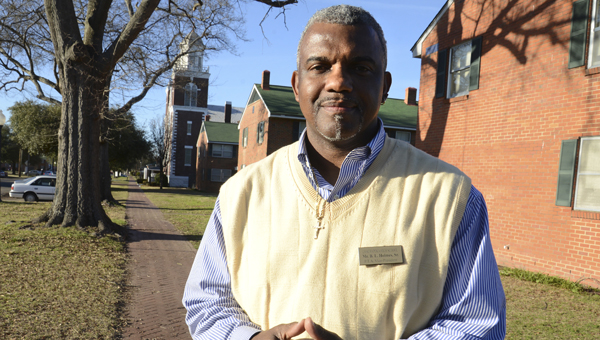 A Selma native thinks it’s time the city’s George Washington Carver Homes development is remembered more widely for its role in the civil rights movement that arose from Selma in the 1960’s.

Bruce Lorenzo Holmes Sr. has started filling out a petition with the Alabama Historical Commission, the group that organizes the memorializing of significant landmarks throughout the state since its’ founding in 1975, to have a historical marker erected in the GWC Homes neighborhood.

Holmes is not alone in the desire to highlight the importance of the neighborhood in that pivotal moment in American history.

“I’ve heard Congressman John Lewis say that GWC Homes projects was just as sacred of territory to the movement as the Edmund Pettus Bridge,” Holmes said. “And I want it to be properly recognized. I want to commemorate the fact that the civil right leaders, workers and marchers stayed at the residences in GWC Homes.”

Holmes said he has a meeting scheduled with the Selma City Council to get their approval in early March, a necessity since he is hoping for the sign to be erected on city property along Martin Luther King Street.

“I grew up eight steps behind Brown AME Church. Exactly eight steps,” Holmes said. “And, I just don’t want people to take this neighborhood for granted.”

“I was looking for a marker in or around GWC recently, and I couldn’t find one anywhere,” Holmes said. “I don’t know how it happened, maybe people just took this neighborhood for granted. But these are the houses that Dr. King, Congressman Lewis and the marchers stayed in and I think that needs to be recognized.”

Holmes said he is hoping the wording on the sign can include a section about the central role the neighborhood played in Bloody Sunday, March 7, 1965, a day he remembers all too well.

“I remember Bloody Sunday vividly,” Holmes said. “I was only 4-years-old and I was outside playing dice outside and we heard all this thunder. That thunder was people running through downtown and trying to get back to Brown AME Church in the GWC neighborhood. I remember a guy picked me up and carried me back to my house.”

Holmes still has a scar on his left leg from when he fell during the ensuing melee, and he said a sign along the sidewalk in GWC could serve as just as strong of a reminder for others as his injury does for him.

“I just don’t want anyone to forget what this neighborhood meant back then,” Holmes said. “It was where the people ran to find safety and shelter. That needs to be remembered.”