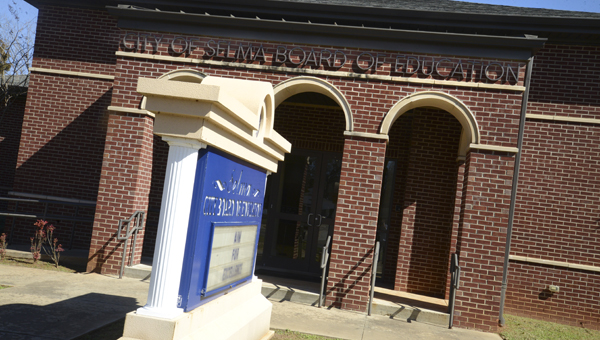 A state takeover of the Selma City School System began Friday with Selma Superintendent of Education Gerald Shirley and two other central office employees being placed on administrative leave.

State Superintendent Dr. Tommy Bice and an intervention team met with the school board Friday morning to address several major problem areas in the system.

Bice said the problems with the school system are largely administrative, including institutional control at the administrative level, academic integrity, student safety and use of human resources.

“It’s typically never a student thing,” Bice said. “It’s rarely a broad teacher issue. It comes to the people in charge not fulfilling their responsibility to lead the school system.”

State Department of Education spokesperson Michael Sibley said putting the employees on leave is not indicative of a decision to remove Shirley or others from the decision-making process.

“You can still work collaboratively with the school board without the superintendent there,” Sibley said. “If Shirley was not fulfilling his obligation, it would make sense to me that he was one of the ones put on administrative leave.”

With the takeover underway, the state’s intervention team will be in Selma almost daily, Bice said. The team includes former Phenix City Superintendent of Education Larry DiChiara and other, former superintendents, Bice said.

He said one of the key goals for the team would be developing a clear strategic plan for the school system.

“In the absence of a clear plan of where the Selma City Schools are headed, then [for]  board members, superintendents and other administrators at that level, what guides their work?” Bice asked. “That is a missing piece currently that needs to be put in place.”

“We will have our meetings here but the days may shift a little to allow the state to attend,” Hicks said. “The only difference for us will be that I don’t know if meetings will be on the same dates.”

The intervention officially began Feb. 12 when the state school board unanimously voted in favor of intervention. Bice has intervened in four different systems since assuming his current position in 2012.

Bice uses two different examples of intervention to describe levels of local cooperation.  He cited the Midfield City School takeover as a positive example, where the board worked well with that state department, graduation rates increased and the takeover ended in one year. He used Birmingham City Schools as a lengthy, though still positive, example of state intervention. In Birmingham’s case, he said the local board fought against some state department decisions and the intervention took 18 months.

The state takeover of Selma is estimated to take two years, according to a state board of education resolution.

“The goal of intervention is not to come in and be in charge of the Selma school system forever,” Bice said. “The goal of intervention, just like it was in Midfield and Birmingham previously, is to come in and make some of the heavy tough decisions — that for whatever reason weren’t being made — get everything in place and at the same time build local capacity to make sure it is sustained over time. If we came in and totally set the board and superintendent aside, without some involvement, then we would never leave.”

The process leading to the takeover began nearly one year ago when former Selma High teacher Latangila Williams was arrested on multiple charges, including inappropriate sexual conduct with a student. Williams pled not guilty to the charges and is awaiting trial. She is currently on unpaid administrative leave.

After the investigation, the school system was required to submit a corrective action plan. The plan was adequate, Bice said, but didn’t address the system’s immediate needs.