Morgan opens up season with wins versus Eastwood 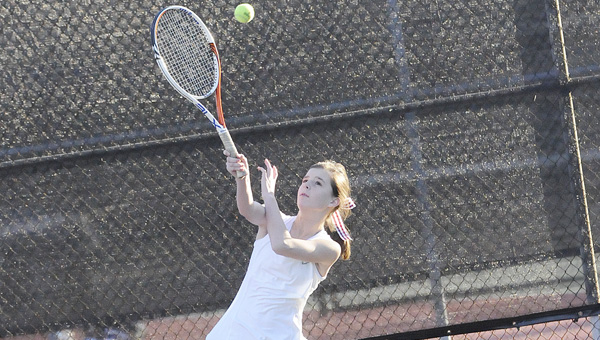 In their opening matches of the season, the Morgan Academy Lady Senators’ tennis team had little trouble with Eastwood Christian.

The Senators’ varsity team won all five of its singles matches against Eastwood and split the two doubles matches between the teams.

“We didn’t know what to expect,” Morgan head coach Baxter Stinson said. “This is a rebuilding year for us and this is our first match. We had a good day and we started off with a win.”

Stinson said he wanted to use this match as a measuring stick to see where the Senators were and now he has a better gauge of how good the overall team is.

“We were just coming out here to see where we were and now we know a little bit more than we did before,” Stinson said.

The Senators’ seemed to play like it was midseason, rather than their first matches of the year.

“[She] was playing No. 5 and she is a senior,” Stinson said. “This is her first time ever being in the top five and she had the closest match and had to play the hardest.”

Sherrer and Talton defeated Williams and Parker in the first varsity doubles match of the day 8-3.

Talton and Adams didn’t fare as well, falling to Kocher and Vermillion 3-8.

The Senators’ boys tennis team was not in action Friday, but will play when Morgan takes the court for its next match against Kingwood Academy Monday.

Hornets not focused on revenge against Dora