City of Selma owns large amount of land within its limits 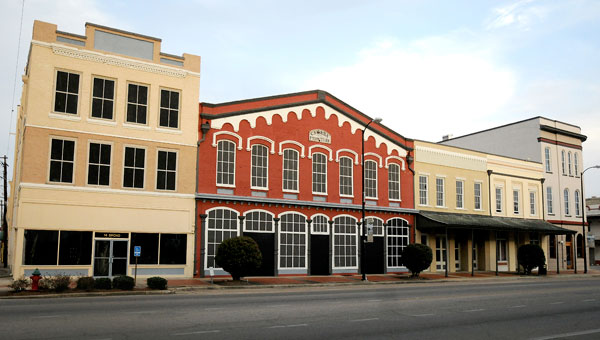 According to records, 2 Broad Street, the former Cahaba Furniture location (red) has an assessed tax value of $57,600. (Josh Bergeron | Times-Journal)

The St. James Hotel, Walton Theater and City Hall are some of the most recognizable buildings in Selma, but they are select few of the dozens of parcels of land owned by city government.

In fact, at more than 150 total parcels of land, Selma is the largest property owner in the city limits. The only entity that rivals city government is the State of Alabama, according to the Dallas County Tax Assessors office.

“I haven’t really thought about it,” Bowie said. “I knew we owned a good amount of lots, but I didn’t realize it was that much.”

The city can acquire land in several different ways, Selma Mayor George Evans said. For example, if a house is deemed a danger to the public and torn down, a tax lien is placed on the land. After the lien goes unpaid for a period of time, the city can take possession of the property. In other cases, Evans said land and houses are donated to the city when owners no longer can afford or have no use for the property.

The City of Selma’s property is valued at $6.5 million, according to appraisal figures from the Dallas County Tax Assessors office. Nearly half of the value comes from two parcels — 46 acres on Water Avenue surrounding the Public Works building, at $2.7 million, and New Live Oak Cemetery, at $535,000.

Tax assessor Weida Sheehan said the value could be less than the real net worth because the city isn’t required to pay property taxes on its land. As a result, some city property may be undervalued because of infrequent assessment, while others aren’t assessed at all.

“There honestly just isn’t as much scrutiny on the exact tax value of exempt property because they don’t have to pay taxes,” Sheehan said.

Local realtor Joyce Harris said development around particular properties would be the most significant factor in determining whether a property’s value has increased.

“Of course, location is the most important factor when valuing any piece of land,” Harris said. “Growth is the viability of any city and in areas of the city that have seen growth since the last assessment, I think properties might have a higher value.”

Small lots comprise the bulk of the property, about 65 percent. Some include houses or retail shops, while other are simply grassy fields

The city doesn’t have any firm plans to sell the St. James Hotel or Walton Theater, but Evans said city officials have discussed selling the smaller parcels to developers.

“With the small acres of property, we have talked to several builders who wanted to build homes and then later sell them,” he said. “That would have been ideal because the city could get their money out of it and the developer or builder would also make money by way of building a house and selling the property. Unfortunately, those discussions didn’t materialize because the paper trail wasn’t completed.”

But not all property can be sold.

For example, two city-owned parcels are labeled as landfills.

Evans said the city has to wait a certain period of time before using a former landfill for any other purpose.

Other parcels, like a small strip of access road near Medical Center Parkway, wouldn’t be valuable enough to consider selling, he said.

Bowie had different ideas about using the parcels. He said the city should use the small, empty parcels to create parks and green spaces.

“Selling some of the property is one idea, but I think it would be a good idea to look at using it to revitalize the different neighborhoods,” Bowie said. “Instead of an empty lot, we could make it a community garden or small park. It would help the overall quality of life in an area.”