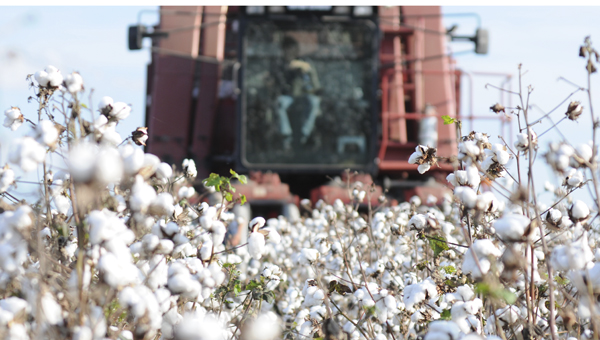 Editor’s note: This article has been amended from a previous version to state the correct figure that the Farm Bill is estimated to cost the federal government.

After years of uncertainty, Alabama farmers now have a safety net to help in difficult times.

The U.S. Senate passed the Farm Bill Tuesday in a 62-38 vote, days after passage by the U.S. House of Representatives. It now waits final approval by President Barack Obama, who is expected to sign the bill Friday. The Farm Bill is estimated to cost the federal government $1 trillion over ten years and includes several measures that will affect Alabama farmers.

The previous farm bill passed in 2008, but some parts expired even after it was extended. As a result, many farmers were left with a sense of uncertainty about what to do in emergency situations, like low crop yields or natural disaster, according to Mitt Walker, Alabama Farmers Federation National Legislative Programs director.

Most of the farm bill’s cost is for the food stamp program, but with the Farm Bill’s recent passage, nearly every facet of farming in Alabama will benefit a small way, Walker said.

“I think the fact that we now have a farm bill is a huge accomplishment,” he said. “The farmers are the center part of the economy in many places. In some sense, the farm bill is a sort of safety net.”

He said one important part of the farm bill is a new catfish inspection program.

The inspection program comes from an amendment in the bill, lobbied for by U.S. Sen. Jeff Sessions, R-Ala.

The program would shift catfish inspections from the Food and Drug Administration to the U.S. Department of Agriculture. Currently, the FDA conducts random testing at ports when catfish are brought into America, Walker said. With the new program, the USDA would be more proactive in inspections, he said.

“I’ve been told that the current inspections is as low as 2 percent of the total amount coming into the country,” Walker said. “The difference is that the new inspections will be more proactive. The new program will require other countries like Vietnam or China to have a food safety program in place and conduct inspections before the fish are even loaded onto a cargo ship.”

“The biggest problem is that the public can’t distinguish between an American catfish and an imported one, unless they take a close look at the label,” Wilson said. “In America, you’re not allowed to put anything in other than natural ingredients. If we allow and promote bad products, then people will quit eating catfish.”

In addition to a lower quality product, Wilson said foreign catfish are often less expensive, coming in at $1.50 cheaper.

Another important part of the farm bill for Alabama farmers is an expansion of the Agricultural Water Enhancement Program, which provides financial assistance to farmers to help farmers purchase irrigation.

The program previously required farmers to show proof of previous irrigation to receive assistance, but the expanded program helps farmers who did not previously have irrigation systems qualify for assistance.

“Alabama is blessed with a tremendous amount of resources and it gets a good amount of rain,” Walker said. “But in a lot of cases, farmers suffer because crops don’t always get rainfall when they need it. The expansion of the program will help farmers have an extra layer of insurance built in.”