Selma Police are searching for Selma resident Devontae Terrell Jiles after he allegedly robbed an elderly man of $620. 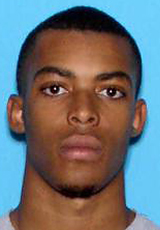 Jiles, 23, is facing a third-degree robbery charge after he allegedly robbery an 80-year-old man Friday.

At noon on Friday, police received a call about a robbery in progress on the 200 block of Alabama Avenue. Once officers arrived on the scene the elderly male victim told police he was sitting in a chair and counting money to pay his bills, when Jiles entered the home, according to a news release.

Jiles asked if anyone else was home and attempted to grab the money, according to the release. Jiles and the victim, whose name was not released, struggled for the money briefly. During the struggle the victim received an injury to his right hand.

Jiles allegedly won the struggle and left the house with $620.

The release said Jiles lives within a two-block radius from the victim, but is currently on the run from law enforcement.

An Auburn University Montgomery research group has released a study showing a decline of HIV/AIDS diagnoses for 2012 among the... read more