WASHINGTON — U.S. Rep. Terri Sewell (D-Ala.) wasn’t the only Black Belt native in attendance for the State of the Union Address Tuesday night.

“I had a great seat in the balcony and could see everything,” Evans said. “I met some interesting people and enjoyed the opportunity to listen to President Obama’s speech.” 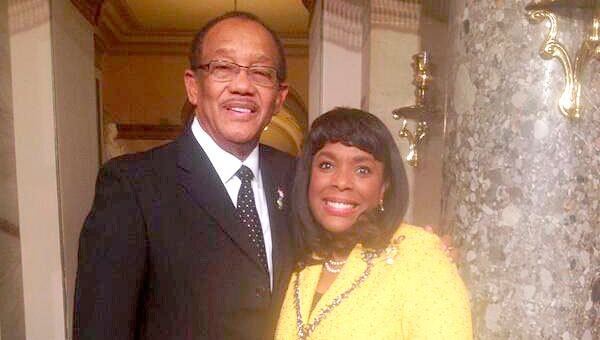 In addition to the speech, Evans said he spent a significant amount of time talking to legislators and government officials, asking them if they planned to attend the 50th anniversary of the Bloody Sunday in 2015.

“It’s an important part of our city’s history,” he said. “As I was talking to people, I asked them about the possibility of coming to celebrate the 50th anniversary of the Bridge Crossing Jubilee.”

Evans said he also spent some of his time asking about potential grants and funding for infrastructure projects in Selma.

Evans left Tuesday and planned to return to Alabama Wednesday, but the winter weather canceled flights to Birmingham and Montgomery.

“I was hoping to get home [Wednesday], but since my flight was canceled, I’ll just do my best to get some more work done while I’m here,” Evans said Wednesday.

Though he was out of town during the snow storm, Evans said he developed an emergency plan before leaving and stayed in contact with department heads while in Washington D.C.

Evans said he would meet with department heads when he returns to Selma to evaluate performance and see how the city could improve emergency response time.