A Selma man is in custody after reportedly raping a woman Sunday night. 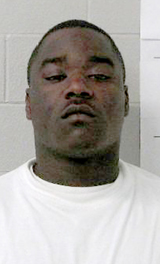 Jacody Mitchell, 20, is charged with first-degree rape and is currently being held in the Dallas County Jail under a $100,000 bond.

According to a release from the Selma Police Department, officers were called to the 1700 block of Philpot Avenue concerning a rape victim. Once there, officers met the victim, described as a black female in her 30s, who said she was walking home from a local corner store when Mitchell approached her.

The victim said she refused Mitchell’s advance, which then led to Mitchell reportedly grabbing her and taking her behind her a nearby house. At that point, he allegedly stripped her of her clothing and then sexually assaulted her.

After the assault, the victim was able to leave and run to a nearby house, where she was able to call the police.

Lt. Curtis Muhannad, with the Selma Police Department, said in the release that the victim did have signs of a struggle and bruises on her body. He also said the victim identified Mitchell as her attacker and knew him from the neighborhood.