Region braces for storm expected to bring ice and snow 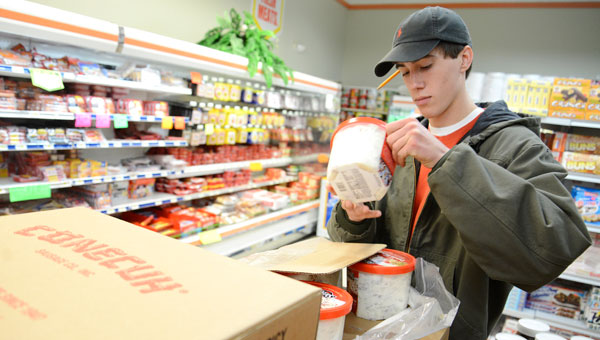 “Every 10 years or so,” is how National Weather Service meteorologist Michael Garrison explained how often the weather forecasted for Selma and Dallas County rolls around.

With a forecast calling for two or more inches of snow in the Selma area, and areas west of Selma, Garrison said the biggest concern might be for what comes afterward.

“The snow accumulation will be mid-Tuesday morning into the afternoon,” Garrison said. “But there are problems that will persist afterward.”

Garrison said temperatures would plunge lower throughout the afternoon and into the night Tuesday, leading to some freezing rain and ice and hazardous road conditions.

It is those conditions related to ice that worry Dallas County Emergency Management Agency director Rhonda Abbott the most.

“Power outages are our greatest concern at this point,” Abbott said early Monday. “We know there are plans in place to address road conditions, but with the cold temperatures and the likelihood of downed lines because of ice, we’re worried about the length of time some may have to go without power and heat.”

Alabama Power spokesperson Mike Jordan said the company is carefully watching the forecast and is prepared to respond.

“Alabama Power will continue to closely monitor the weather throughout the day and overnight and be prepared to respond were outages to occur,” Jordan said. “We do not anticipate any load or demand issues because of the cold weather.”

Linda Horn, vice president of Member Services for Pioneer Electric, said crews are preparing for outages throughout their coverage area.

“Right now we are making sure all our repair equipment is in top shape and that we have plenty of supplies, such as wire, poles, transformers,” Horn said. “In addition to reviewing our emergency outage plan, our crews have also been preparing, ensuring trucks have plenty of water, Gatorade, energy bars, etc.”

Abbott said officials discussed the potential of opening any of the area’s shelters in response to the expected winter weather.

“We had days of cold weather in the past few weeks, similar to or colder than what we are forecast to get Tuesday and Wednesday, and we did not open shelters then,” Abbott said. “Because of the manpower and energy needed to open and staff the shelters, we are going to make that decision if shelters are truly needed.”

Abbott said the shelters could be opened quickly and staging for those shelters has been done to ensure they could handle whatever the need.

In addition to power outages, and one of the driving forces behind the decision to close area schools, city and county engineering departments are concerned about the area’s road and bridges.

Tommy Smith, public works director for the City of Selma, said his department was preparing Monday to respond to icy roadways once the snow began to fall Tuesday.

“We don’t have any snow plows or salt trucks, we aren’t used to all of the snow that’s coming in. We’ve had to deal with ice in the past, but we are as well prepared as we can be for the weather that is coming in,” Smith said. “We are preparing to have the sand on call to throw on the roads after the snow falls.

“I hope we don’t get it, because it is going kind of incapacitate us for a bit.”

Police: Handicap spots will be enforced

A sign clearly marks one of the handicap parking spots located on Broad Street in downtown Selma. The sign also... read more