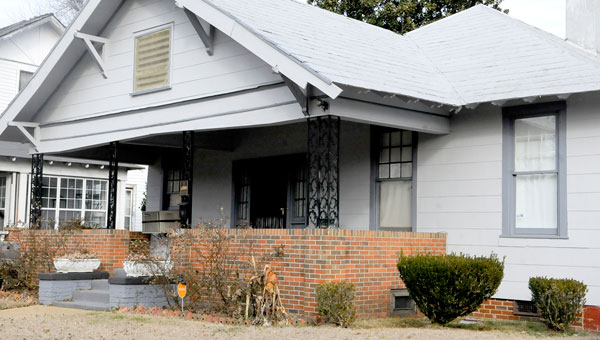 A house that played a key role in the civil rights movement in Selma has been added to a national list of historic places.

The Sullivan and Richie Jean Jackson House located on Lapsley Street became a new addition to the National Register of Historic Places January 8. Owned by the late Richie Jean Sherrod Jackson, the house stood as an informal headquarters in 1965 for civil rights leaders Dr. Martin Luther King, Jr., Dr. Ralph Abernathy, and others during the Voting Rights movement.

“It plays a very pivotal movement during the civil rights movement, so for it to have so much historical honor in that house, it really gives a true meaning to our slogan for civil rights,” Selma City Council president Corey Bowie said. “Not only Ms. Jackson, but the house is a pioneer. We are blessed to have it here in the city of Selma.”

Deemed as an affiliated site in the Selma-to-Montgomery National Historical Trail by the Selma City Council in 2011, the house has attracted tourists from all over the country, Bowie said.

“It’s like the belt buckle that has connected Selma to the rest of the world,” Bowie said.

Bowie said that he has had the pleasure of personally viewing the momentous house. He said once he reached the inside of the house, an overwhelming feeling of pride swept over him as he saw the very bed where King laid his head and the living room in which master plans to fight the injustices of an oppressed group of African Americans were drawn.

“It was an honor for me to have an opportunity to tour the museum/ house,” Bowie said. “I was overjoyed with pride. It felt like I was standing on the shoulders of the giants that played a role there to help push Selma to the forefront.”

Selma City councilman Samuel Randolph said that it is important that the house receive national recognition.

“We need to always recognize our history,” Randolph said. “That’s one way of keeping our history alive is by that house making the National Register of Historic places.”