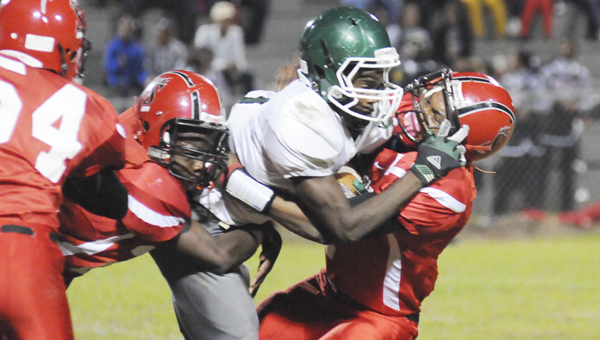 The Alabama High School Athletics Association is expected to announce its new classifications Wednesday, Jan. 22 and many local schools are likely to be affected.

Dallas County, which was the largest 4A school the last time the schools were reclassified for 2012-2014, is likely to be moved one way or another.

Colburn isn’t worried about schools the Hornets may face, but he is worried about how far his team will have to travel and the expenses associated with traveling.

“Whether we are 4A or 5A really doesn’t matter to me,” Colburn said. “What direction is the state going to send us? Are we going north, south, east, or west?”

Another coach very interested in the new classifications is Southside head coach Daniel Flowers, whose team traveled over 1,000 miles on the road in 2012 because of the region the Panthers played in.

Now, he’s waiting to see if the travel may get easier for his team in 2014, but there are other challenges as well.

Flowers said making a schedule is impossible until teams know what classification they are in.

“Anything is possible,” Flowers said. “Those guys get paid the big bucks in Montgomery to figure out things.”

Southside was the third largest 3A school during the last reclassification, with an enrollment of 308.8.

Selma could also be on the move. The Saints were the fifth largest 5A school with an enrollment of 705.5 the last time schools were reclassified.

There are a lot of rumors out there, including one about the AHSAA adding a new 7A classification — or “Super Class” — and moving football back to areas like other sports. The 7A class would even competition up at the state’s highest level, where the state’s largest school — Hoover, with an enrollment of 1,902.65 — currently competes at the same level as Chelsea — who has an enrollment of 732.80.

Class 1A, which includes county schools Keith and Ellwood Christian may also be affected.

Until Wednesday, the rumors will keep swirling and coaches will keep anxiously waiting.