Coleman Ronald Davis passed away at his home in Valley Grande, Alabama on January 16, 2014 at the age of 82.

Mr. Davis coached and taught in the Texas Public School System until he moved to Selma to become the curriculum coordinator for the Selma City Schools. He also taught third grade at Knox Elementary and second grade at Meadowview Christian School. He worked in the city’s GED program and taught as an adjunct instructor at Wallace Community College.

He was an avid reader and volunteered at the library. He loved gardening and sharing his harvest with family and friends. He was an elder and choir member as Pisgah Presbyterian Church. 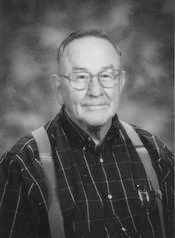 In lieu of flowers, the family requests that you simply do an act of kindness in memory of Ron.

You may go online to www.SelmaFuneralHome.com to view the obituary, sign the guest book and offer the family private condolences.