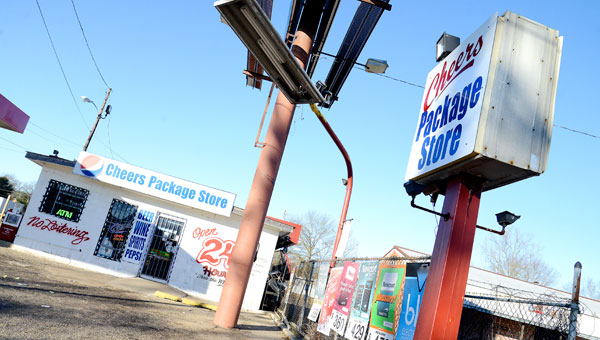 Police are investigating a robbery and murder that took place early Sunday morning at the Cheers Package Store on Broad Street in Selma.. (Jay Sowers | Times-Journal)

The Selma Police Department is investigating a robbery that led to murder late Saturday evening at Cheers Package Store on Broad Street. 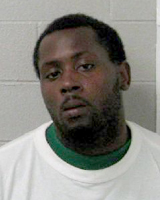 Officers responded to a call from the emergency room at Vaughn Regional Medical Center at 12:06 a.m. on Sunday concerning the death of a 62-year-old male, who died as the result of a single gunshot wound to his back.

Lt. Curtis Muhannad with the Selma Police Department said detectives and officers responded to Cheers Package Store and began interviewing witnesses shortly thereafter, who informed them that 22-year-old Rodney F. Walter Jr. and 21-year-old Maurice D. Pope, both of Selma, were responsible for the shooting.

Muhannad said that further investigation revealed the suspects where loitering around the store and saw the victim exit the business going towards a vehicle. The suspects approached the victim, shot and robbed him of his money. 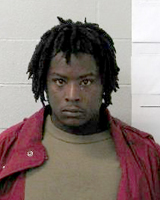 Muhannad said the suspects stole the contents of the victim’s wallet, a total of $43 dollars.

Muhannad said the weapon used in the shooting was .38 Cal handgun that had been stolen from vehicle near Small Street Inn by the suspects before the allegedly committed the robbery and murder.

Both suspects have been charged with capital murder and are currently being held at the Dallas County Jail with with no bond. Muhannad said other charges are currently pending.