Two months after a suspect was seen on surveillance cameras breaking into Butler Truax Jewelers, authorities believe they have arrested the man in the footage, as well as a female accomplice who drove him to and from the scene of the burglaries. 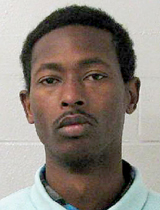 Lt. Curtis Muhannad, with the Selma Police Department, said an estimated $30,000 dollars in jewelry was stolen during the three burglaries.

Muhannad said security camera footage from the store clearly showed Hoppins ,on each occasion, exit a vehicle believed to be driven by Rogers, break a glass door at the front of the storefront, use an object to shatter a glass showcase inside the store and remove the jewelry. 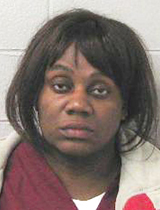 Muhannad said the arrests are the best possible end to a two-month investigation.

“It brings closure to the case for us to be able to do this,” Muhannad said. “To have a business broken in to on a main through-way in the city really gives the detectives division a satisfaction to be able to bring a close to that case and to the victim of these crimes.”

After his initial arrest, Hoppins confessed to another robbery at Vasser’s Mini Mart, the Selma Kash & Karry as well as two of the break-in’s at Butler Truax.

Dallas County Sheriff Harris Huffman said stumbling across such a confession might be rare, but it’s not unheard of.

“Every now and then it will just take one arrest to solve several cases,” Huffman said. “To me, you don’t ever close a case until you have an arrest.”

In addition to the $45,000 bond related to the charges from the Selma Police Department, Hoppins is facing $30,000 for the robberies in Orrville and Valley Grande.