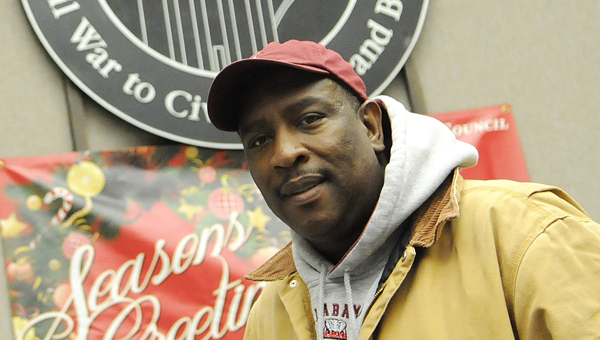 Ward 8 Councilman Michael Johnson recently completed his first year of his first term on the council. Johnson said tearing down abandoned buildings in his ward continues to be his main goal. —Josh Bergeron

Ward 8 may be free of abandoned buildings and crumbling eyesores by the time city councilman Michael Johnson leaves office.

Johnson recently wrapped up his first year of his first term in office. He said his experience has been a learning process and there is still plenty of work to do.

“I’ve tried to learn from more experienced councilmen,” he said. “I think there is always room for improvement and I’m doing my best to listen to and improve from criticism.”

Johnson was sworn into office on Nov. 5, 2012, though he originally began contemplating a run for Ward 8 councilman in 1996. He decided to wait until the time was right and more senior officials finished their terms.

“I knew it was the right time because my kids were pretty much grown and running my business for me,” he said. “I have one son that runs the office of my body shop and my other son runs the shop itself. I knew then that I didn’t have to really be there all the time.”

He won over two other opponents with a vote of more than 50 percent.

But he didn’t grow up wanting to be on the Selma City Council. Though, Johnson began to contemplate the possibility as a teenager.

“I came up to the council chamber and spoke one day,” he said. “I just thought one of these days it’d be cool to be up there. I didn’t really take it serious.”

As he grew older, Johnson began listening to council meetings and gathered ideas about potential projects. He also began helping out other council members with projects in Ward 8 and formed the East Selma Baseball League.

Since taking office, Johnson said his primary mission has been cleaning up the ward’s abandoned businesses and houses and returning his community to its former state.

Perhaps one of his biggest victories to date is demolishing the former Stewart-King-Mckenzie building. Cooper Brothers Construction demolished the remnants of the crumbling building, on the corner of Selma Avenue and Marie Foster Street, burned flammable debris and hauled away remaining components last month.

“It was a danger to the people walking down the sidewalk and kids coming home from school,” he said. “It’s very refreshing to see it gone. I’m already beginning to think of possibly putting a park or something else there.”

His work isn’t complete yet. Johnson also wants to demolish the Dallas Compress, on J.L. Chestnut Boulevard, and replace it with apartments.

Renewing Ward 8 is a common theme with Johnson. After removing abandoned, crumbling buildings, his goal is to bring in parks, new housing and businesses.

“Once start bringing in new business and residents and I can see a new Ward 8, that’s when I know I’ve accomplished my goal,” he said.

“I still have a lot to do. It’s going to take time to get everything done, and we can’t get it done in one day.”

Johnson isn’t focused on political fame or glory. As a life-long resident of Ward 8, Johnson said he just wants to improve the community he grew up in.

One final step remains for council in KTK mining lawsuit

The Nathan Bedford Forrest Monument, currently without a bust, sits on a one-acre tract of land in Old Live Oak... read more