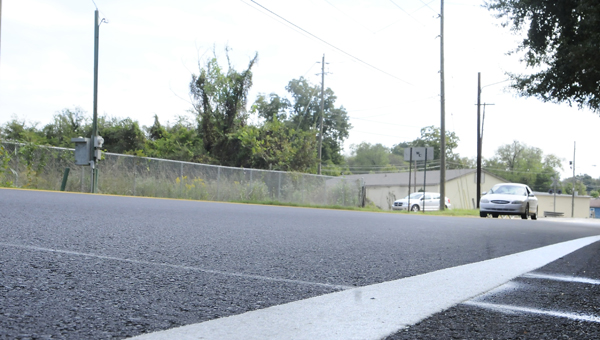 J.L. Chestnut Boulevard was recently resurfaced as a part of the Alabama Transportation Rehabilitation and Improvement Program. The program will help resurface or rehabilitate a total of 13 local roads and bridges. — Josh Bergeron

The daily commute will steadily get smoother on 13 roads in Dallas County. City of Selma and Dallas County officials reviewed the impact the Alabama Transportation Rehabilitation and Improvement Program will have on the area during a press conference Wednesday.

The Alabama Transportation Rehabilitation and Improvement Program was established in 2012 to help local government fund necessary road and bridge improvements.

Some of the ATRIP projects have already been completed, such as Cahaba Road and Medical Center Parkway. The incomplete projects are in various phases of permitting, but should be complete by Aug. 31 2015.

The county has completed work on Dallas County 80, but still has nine projects to complete.

The resurfacing of Dallas County 115 will be submitted to the Alabama Department of Transportation this week. Four other projects will have to wait until 2014, county engineer Coosa Jones said.

“It’s difficult to do paving in the winter,” Jones said. “We plan to submit plans for half of our projects in the spring and do them in the summer.”

Selma City Councilwoman Susan Keith said complaints about the resurfacing of J.L. Chestnut were quickly eased once the project was complete.

“It seemed like people complained about five times as much as the time it took to get the project done,” Keith said.