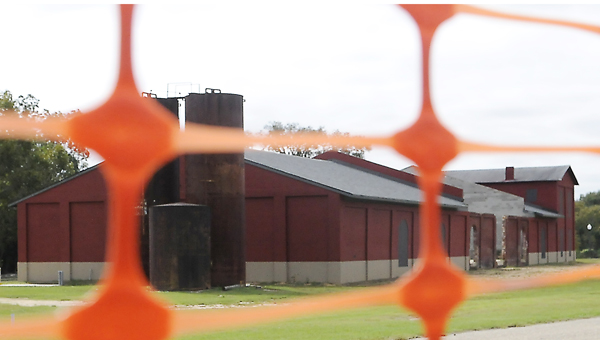 An error in the bidding process will force Selma residents to wait a bit longer to enjoy the Selma Riverfront Amphitheater.

The Selma City Council voted to reject all bids on the amphitheater’s second phase and continue the bidding process for 45 days because the bid contract listed an incorrect dollar amount for the bid bond — an insurance policy on construction. Some parts of the contract correctly listed a five percent figure, but other places in the contract stated that the bid bond should not exceed $10,000.

“This isn’t just a whoops, my bad,” Planning and Development Director James Benderson said. “This is kind of a big deal. It didn’t match up with federal law.”

The city originally planned to spend $850,000 on construction, using a mixture of city funds and grants. The price of construction has risen steadily, which is another reason for rejecting bids, Mayor George Evans said.

“The bids were basically too high,” Evans said during the meeting.

The base bid on construction was $2.1 million. The city currently has $939,000 set aside for amphitheater construction, but plans to spend $1.6 million on phase two.

Ward 1 councilman Cecil Williamson expressed his frustration about the cost and construction on the amphitheater being delayed further.

“I’d like to know how the cost went from $850,000 to whatever the price is at currently,” Williamson said. “We don’t have the extra amount of money available.”

To alleviate the high cost of construction, Benderson said he would prefer to split the project into more phases. Rather than the entire amphitheater being completed in phase two, Benderson suggests doing a few things in each phase.

Alabama Tombigbee Regional Commission Assistant Executive Director Frank Dobson, whose organization is the grant administrator, said splitting up construction is possible, but the city must continue to honor its grant agreement.

The Alabama Department of Economic and Community Affairs awarded the city $250,000 for construction. As a part of the grant application, the city promised to provide $600,000 in matching funds.