One Selma man is in custody, charged with attempted murder, after reportedly shooting another man multiple times. 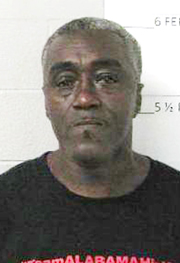 According to Lt. Curtis Muhannad, the charge stems from a shooting on the 800 block of L.L. Anderson Avenue at around 2:15.

“Witnesses said that Mr. Craig drove up in a white Jeep Cherokee and got into a verbal argument with the victim,” Muhannad said.

That argument would later turn more violent when Craig reportedly shot the victim and then fled the scene. Officers later found him at his home on the 1400 block of Tremont Street.

Authorities told the Times-Journal that the victim suffered a gunshot wound to the back of the neck and a grazing wound to the head. Thursday, the victim was still considered in stable but critical condition at a hospital in Montgomery.

The weapon used in the shooting, a handgun, was discovered and is in police custody.

“It is believed the shooting was in reference to Mr. Craig having knowledge of the victim’s criminal activity and that Mr. Craig had informed residents in the community the victim was the offender in a ring of thefts,” Muhannad said in a department release.

Muhannad said the department is investigating those claims, but did not have any information on the victim’s criminal history or connections to any recent thefts.

Craig was charged and is currently in the Dallas County Jail under a $500,000 bond.