One shot, killed outside Selmont club

The Selmont community was rocked early Sunday morning with the news of a shooting that took place at an Idaho Street nightclub. The news grew worse when it was learned the incident claimed the life of a 22-year-old Selma man. 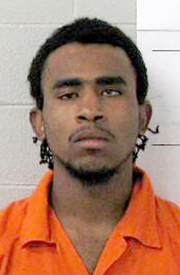 Another Selma man, 19-year-old Oscar Blevins, is now in custody, charged with murder and in the Dallas County Jail under $150,000 bond.

According to Lt. Curtis Muhannad, with the Selma Police Department, an altercation in front of Club Takeover led to the shooting of the unidentified victim, who was later pronounced dead at Vaughan Regional Medical Center. The shooting happened after 1 a.m. Sunday.

Witnesses reported a fight occurred between the victim and Oscar Blevins’ brother, Michael Blevins, and female cousin, Tasha Blevins, where the victim assaulted them, Muhannad said. Witnesses then said the victim approached Oscar who produced a silver and black handgun and fired four shots into the victim.

The victim was transported by a personal vehicle to the hospital, but on the way, the car reportedly stalled on Medical Center Parkway near Cahaba Motors. Muhannad said the driver of the car was able to flag down a passing patrol officer who took the victim to Vaughan, where he was later pronounced dead.

Oscar Blevins later turned himself into authorities and was charged in the murder. He remains in the Dallas County Jail.

Keith students among those doubling up on learning