In a four to one vote, the Dallas County Board of Education voted Monday to appoint Don Willingham as interim superintendent of Dallas County Schools. 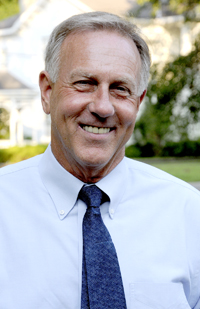 The board was originally supposed to name a new superintendent last Thursday, but was faced with a split vote — resulting in a decision to delay the vote until Monday. However, after discussing the options Monday, a motion was made to appoint an interim superintendent until a final decision could be made.

“I personally see this as a way to buy some time for the board. I think what we did tonight is best for the school district,” said William Minor, board president.

Minor explained that any time during Willingham’s six-month interim position, the board could vote to appoint a superintendent.

At a previous meeting, McKenzie said she plans to leave the school system Nov. 1, which means Willingham could serve as interim superintendent through the end of the 2013-2014 school year.

“We didn’t interview for an interim, we interviewed for a superintendent — an educational leader for this system,” Edwards said. “Interim is just a delay. It’s going to be very confusing and people are not going to know who’s in charge.”

And while whether an interim or a superintendent should be appointed was the topic of discussion, Willingham said he’s happy to take on the role until the board comes to a solid consensus.

“This is a job I’ve been working with for 10 years down here, so I’m very comfortable with it,” Willingham said of his interim position. “If this is what the board wants, then I’m happy with that.”