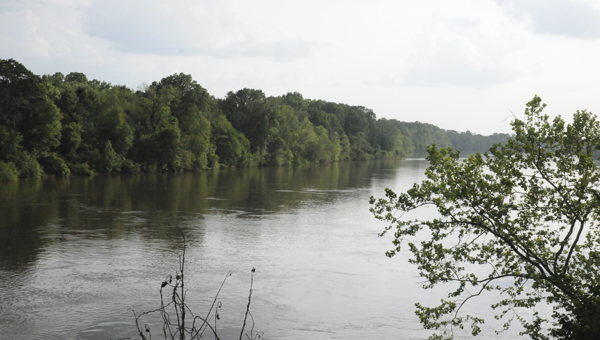 As the National Geological Society collects nominations for what sites to visit in Alabama, Selmians are encouraged to submit ones they think would be attractive to tourists. –file photo

From Selma’s historic sites to area campgrounds, rivers and lakes, many residents of the Black Belt are already aware of the wealth of beautiful, historic and natural resources in which they reside. Those resources however, shouldn’t be kept a secret — at least not according to the National Geographic Society and U.S. Gulf States Geotourism Program, who are currently working to partner with areas like Dallas County and the other states that fall within the southern crescent to capture and promote the culture and heritage of this region through the voices and stories of those who live there.

As a result of the Deepwater Horizon oil spill in early 2010, and in an effort to support efforts that rekindle visitation to the region, the National Geographic Society is creating a geotourism website, mobile app and print MapGuide to promote travel to the Gulf State region.

“From an economic standpoint it’s going to attract visitors as well as citizens to see the sites that we have here in our community,” Sheryl Smedley, Selma-Dallas County Chamber of Commerce executive director said. “That’s what we’re trying to do, that’s our job, to market Selma and attract people and make aware the resources and assets that we have here.”

Smedley said she is currently working with a team to nominate sites, but noted and encouraged anyone who wants to nominate their favorite areas within Dallas County and the Black Belt to do so.

“It’s just an opportunity to spotlight this region,” she said. “This is how we’re going to generate people to visit our local restaurants and of course, historic attractions, and visit the scenic trails that we have at these locations as well.”

While Lyon said he is primarily nominating Corps sites like campgrounds, beaches and major day-use areas, he encouraged residents to nominate as many areas in Dallas County as they can.

“Any other place in Dallas County that enhances the geographic character of a place such as its environment, heritage, aesthetics, culture and well-being of its residents, could be nominated by someone and put on that website,” Lyon said. “The outcome is going to be good for us with the geomapping. We certainly need more tourists in our area and if we can get many, many sites nominated … the MapGuide for Alabama will just be full of locations to visit.”

Nominations to submit a site, attraction, business, activity or experience distinctive to the region opened April 15 and will end July 15.

“So there’s still time,” Lyon said. “We want to get as many done by then as possible.”

To nominate a site or cultural experience and view the full list of guidelines for the geotourism site, visit www.usgulfcoaststatesgeotourism.com.

“The Black Belt region of Alabama has many remarkable, natural areas and geological features. Wildlife habitats, agricultural products, cultural events — everything on the list of guidelines — I would say our region has as much of opportunities than anywhere in Alabama, if not more,” Lyon said. “Most anything within the Black Belt region could be included if people would just write up a story about it that would want to attract customers.”