Off-duty officer shoots, kills two others, then himself

The Alabama Bureau of Investigation is investigating what has been declared a murder-suicide Sunday afternoon in Selma that claimed the lives of three people. 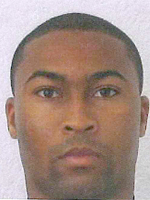 Selma Chief of Police William T. Riley confirmed Sunday evening that an off-duty Selma Police Officer, Dwight Moorer, 28, reportedly shot and killed his ex-girlfriend, her step-father and then turned the gun on himself, committing suicide.

In a release from the Selma Police Department, officers discovered the body of the step-father located in a car in front of a home on the 300 block of 10th Avenue. The victim was reported to have suffered “gunshot wounds to his body.”

At another scene, this one located in the 2400 block of Springdale Street, officers discovered the bodies of both Moorer and his ex-girlfriend located in a vehicle in the driveway. All victims were pronounced dead at the scene.

The names of the victims were released Monday as being 28-year-old Keoshia L. Hill of Selma and 59-year-old Bill Jackson of Selma.

“This is a terrible and tragic situation,” Riley said Sunday evening. “All of our hearts go out to the victims and the families involved.”

Moorer was a five-year veteran of the Selma Police Department.

The Associated Press reported court records show two women sued Moorer for child support within five months of each other in 2009, claiming he was the father of their young daughters. Moorer didn’t contest either paternity claim and instead acknowledged being the father of both children.

Also in 2009, Moorer was ticketed for driving 85 mph in a 65 mph zone in Hale County. He pleaded guilty and paid $183 in fines and court costs after initially failing to answer a summons, records show.

Moorer was credited with arresting a man after a high-speed chase in Selma in 2010.

“This hurts us so deeply,” Riley said. “It’s bad enough to see the loss of life, but to know that one of our officers, one of our own, would go out and do something like this is devastating.”

Riley said it is proper procedure to turn the investigation over to the ABI since the shooting involved a member of the Selma Police Department.