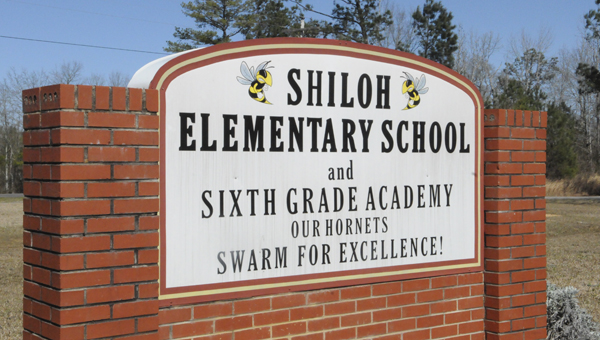 Shiloh Elementary, located in the southern zone of Dallas County Schools, may be faced with empty desks come next year due to a decreasing amount of student enrollment. –Sarah Cook

Due to a dramatic drop in enrollment, the Dallas County School Board is considering closing Shiloh Elementary — which includes grades fourth, fifth and sixth — and consolidating students in to Tipton Middle School and B.K. Craig Elementary.

McKenzie explained that in 2008, the 6th grade students from Tipton Middle School were relocated to Shiloh Elementary in an effort to sustain the school, which had only 100 students enrolled at the time.

“At that point we moved 160 students from Tipton to Shiloh, which boosted their population,” McKenzie said in the board’s regular meeting Tuesday.

However, Shiloh’s population has again dropped to a shallow number of 115. The school currently has 10 students in fourth grade, 14 in fifth and 91 in sixth.

And because both B.K. Craig Elementary and Tipton Middle School have also had a sharp decrease in enrollment, McKenzie said it would be a financially smart move to relocate students from Shiloh to these two schools.

“I would like to make the recommendation to close Shiloh and put those 6th graders at Tipton,” McKenzie suggested to the board. “We just don’t have enough students in that area. I wish we did, but we don’t.”

Similar to Five Points Elementary, which closed last year due to low enrollment, John Pilcher, school board attorney, said the Shiloh Elementary School building would be sold if closed.

“We have been selling those buildings as quick as we can because we can’t afford to maintain them,” Pilcher said. “This is a trend going on all over the state — not just Dallas County.”

Pilcher explained that because of a decrease in farming, families have begun to move out of rural areas like Dallas County and to larger cities.

Since 2002, the total number of students enrolled in southern zone schools, which includes Southside High School, Tipton Middle, Southside Primary, B.K. Craig and Shiloh, has decreased from 2,047 to 1,296.

Don Willingham, assistant superintendent for Dallas County Schools, said the board has been dealing with this issue for several years.

“A lot of rural county schools have been closing for decades,” Willingham said. “These students and families are probably going to other parts of the state where there’s more employment.”

Another school that has had a large decrease in enrollment — and the board is currently seeking a solution for — is J.E. Terry, McKenzie said. Currently, the kindergarten through 6th grade school houses 134 students.

“J.E. Terry is another school with a small population, but the problem with that is we don’t have anywhere to put them,” McKenzie explained.

J.E. Terry is considered a northern zone school, which is grouped with Dallas County High School, Valley Grande Elementary, Martin Middle and Brantley Elementary. McKenzie said these schools are all currently at full capacity, leaving J.E. Terry in a predicament.

In the mean time, before any decisions are made, McKenzie suggested that the board hold a meeting with parents and teachers at Shiloh Elementary to introduce the idea of closing the school and moving students to Tipton Middle and B.K. Craig.

“I just wanted to put that out there because we wanted to look at all the schools with a smaller population to see if we could plug them in somewhere else,” McKenzie said.

The meeting is currently scheduled for Wednesday, April 10.

Fighting cancer a mile at a time

Wayne Whitbeck, left, and James Allred, right, walk through Selma on Tuesday in a fight against a new enemy —... read more