Stories show a lack of education about HIV and AIDS remains 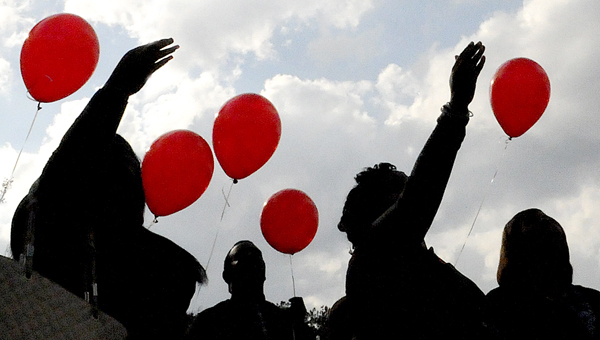 An Alabama woman who was HIV positive sat down with her family for Thanksgiving dinner and realized her place setting looked different than everyone else’s at the table.

She had plastic silverware, a paper cup and paper plate, while her family ate off of fine china and drank out of crystal glasses.

In the host’s home she had to use a separate bathroom for the holiday than her cousins and aunts that she had known her entire life.

When she finally got the courage to ask them why she had a paper plate, her aunt responded, “Well you have that thing … that disease.”

The growing epidemic of HIV and AIDS in the South is only worsened by the harsh stigmatisms and myths that come with it. Two HIV positive individuals sat down to discuss their journey with HIV in the Selma and Dallas County area. Both Michael Young and Larry Cowan said there are dark moments when the diagnosis is made, but hope about the future and living a normal life.

“One day when we went to speak at Frances Marion about HIV prevention, I just came right out and said it to the kids,” Cowan said, who gives presentations about the virus often. “When I said I have HIV, four boys in the front row right in front of me took off running.”

And though there are some instances like that, Cowan and Young say that is just because of the lack of education about what HIV really is.

“There is misinformation out there that if you have HIV you look sickly like you are on death’s door, but its not like that,” Cowan said. “If you are taking care of yourself it could be just a normal person sitting right next to you that you would never know.”

In the Dallas County area, Young is typically the first person someone sees when he or she finds out they are HIV positive. He is the shoulder to cry on and the one to give advice about what each day is like and what the future holds as a peer mentor. Young said he has seen it all in terms of those who are rejected by friends and family.

“You are part of a person, not a whole person,” Young said about others perception of living with HIV. “And that is the way society looks at you … we are modern day lepers.”

Young and Cowan both agreed the biggest problem is misinformation and lack of education about HIV and AIDS that make people act negatively towards those infected.

“When people are diagnosed with HIV they think it’s the end of their life, they want to commit suicide and they feel depressed,” Young said.

Cowan said it took him three months after his diagnosis to consider dating again because he was insecure and felt like less of a person.

“I considered myself to be damaged goods,” Cowan said. “No one would want me and you just have to work your way through that. You can’t sit and wallow in it because if you do you will just think less of yourself.”

Cowan said he takes the normal regime and round of medications for someone with HIV. He takes three pills each morning, part of a treatment called HAART or Highly Active Antiretroviral Therapy. It is a cocktail of drugs that work to not allow the virus to become resistant to the therapy.

The medication lowers the viral load so much that their HIV cases are, “undetectable” because they have less than a 20 percent volume of the HIV virus in their systems.

“That means we could take a test and it might come up negative, you might not even know I have it,” Young said. “But I know I have it and I have to be careful.”

Selma AIR, a clinic on Broad Street, is the main resource in Selma for those who have HIV and AIDS. They provide testing and many other resources like education and counseling.

“We ignore the statistical numbers sometimes and think those numbers are lying about the cases of HIV and AIDS,” Perkins said. “But if we do not call things what they are, we will never move beyond this crisis.”

Finishing touches being checked off at Selma High School