OPP — Opp caught four interceptions and got a fumble recovery in a 39-6 homecoming rout over Southside-Selma on Friday night.

The Bobcats struck early after picking off Southside’s first pass of the game.

Additionally, Dyrian Savage scored from four yards out for Opp to get that last touchdown for the Bobcats.

Opp improves to 3-3 overall, and 2-2 in Class 3A, Region 1. The Bobcats will visit Cottage Hill next week in Mobile to continue in region action.

“It felt good to get the win,” Whigham said. “We’re back even in the region and we’ve given ourselves an opportunity.

“We blocked better this week and we did some good things,” he said. “What I was proud of the most was that our kids took care of business early and put the game out of reach. We got to play every kid who got to get in for the homecoming game.”

Southside-Selma scored its only touchdown with 3:36 left in the second quarter.

In injury news, Southside had an injured player who was taken to Mizell Memorial Hospital via Opportunity EMS with 9:39 left in the second quarter. 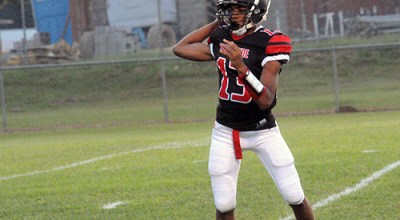