TUSKEGEE — Former Times-Journal editor and long-time community journalist and newspaper owner Paul Robinson Davis died Sunday at his home in Auburn. He was 74. 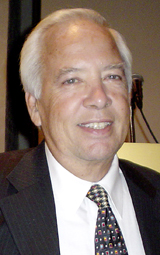 For many years Davis wrote a Sunday column for the Opelika-Auburn News, which also appeared in The Tuskegee News.

When Wallace left the Times-Journal as editor, Davis stepped in to replace him.

“He was excellent writer. The way he phrased things was fantastic,” Martin said. “He had a great respect for the facts. As nice as he was, he wouldn’t put up with sloppy journalism.”

Martin said Davis’ death Sunday was felt throughout the industry.

“He was such a good guy. There is absolutely a hole left in journalism today,” Martin said. “He was the ideal community journalist. He wrote about this community as if it was his.”

Even though Davis has lived away from Selma for decades, his connection to Selma remains strong through both friends and family.

His son Alan graduated from Selma High School, where he met his “high school sweetheart” and future wife, Nancy.

“He was a very fine person and a wonderful man. We loved him dearly,” Nancy’s mother and Selma resident Betty Blanton said Monday. “He will be deeply missed. When he died Sunday, he was surrounded by many of his friends and family.”

In 2006, his peers in the newspaper industry presented Davis the Alabama Press Association’s Lifetime Achievement Award. He was also one of the first recipients of the Community Service Journalism Award from Auburn University.

The American Association of University Professors chapter at Auburn University presented Davis its Meritorious Service Award in 2004 for his coverage of issues related to higher education.

The Alabama Disabilities Advocacy Program in 2008 honored Davis with a lifetime achievement award. At that time, U.S. Sen. Richard Shelby read the story of Davis’ career into the Congressional Record.

Davis’ work as a reporter at The Tuscaloosa News in the late 1960s and early 1970s earned him two nominations for The Pulitzer prize. His reporting there on the medical beat uncovered abuses of retarded children and adults at Partlow School and abuses of patients at Bryce Hospital for the mentally ill.

Davis’ stories led to federal court decisions that set new national standards for the care of the mentally retarded and mentally ill. He spent years aiding patients in both hospitals, not only through his writing but also in his personal life. His interest and commitment continued until his death as he served on the board of the Alabama Department of Mental Health.

He played a key role in the federal case before U.S. District Judge Frank M. Johnson Jr. and Johnson’s landmark ruling declaring that mental patients have a constitutional right to treatment. That case, Wyatt vs. Stickney, became the landmark case that set new standards for patient care in mental hospitals and treatment centers throughout the United States.  Ricky Wyatt was a hospitalized patient in Alabama’s mental health system.

When Judge Johnson’s historic ruling was handed down, Davis was named to the first Human Rights Committee to see that the judge’s ruling was carried out.

Davis’ role in reporting on abuses at the hospitals and his role in the federal court case are detailed in the book, “Taming the Storm, the Life and Times of Frank Johnson Jr.,” by Jack Bass.

Former Governor Bob Riley appointed Davis to the Alabama Department of Mental Health Board of Directors. Davis continued to serve the board until his death.

Davis was a former president of the Alabama Press Association and was active in many APA activities. His son, Alan, also served as president of the APA and is regional vice president for a Warren Buffet-owned newspaper chain, which includes The Opelika-Auburn News.

Davis served as a reporter and associate editor of The Tuscaloosa News, editor of The Selma Times-Journal, vice president and general manager of the Natchez (Miss.) Democrat, and as publisher and editor of the Auburn Bulletin, The Tuskegee News and the Tallassee Tribune.

Paul Robinson Davis was born September 3, 1938 in Clanton. He lived in Montevallo until he was 8-years-old. At that time the large Davis family moved to Tuscaloosa so that the children could study to become engineers. His father, W.M. Davis, worked 41 years before retiring from the Alabama Power Co. Davis often pointed out with a smile that only one of the eight children earned an engineering degree.

Davis, who comes from a close and successful family, was a member of the Auburn Church of Christ for many years

His parents, Mr. and Mrs. W.M. Davis of Montevallo and Tuscaloosa, were wonderful, loving and devoted parents to eight children. Both are deceased. His mother, Una Bell Davis, was 104 when she died in 2009.

There are 13 grandchildren and one great-grandchild.

Visitation will be held Tuesday, Sept. 25 from 6-8 p.m. at Jeffcoat-Trant Funeral Home in Opelika. The funeral is scheduled for Wednesday, Sept. 26 at 2 p.m. at Auburn Church of Christ in Auburn.

Joe Jones gives Amelia Boyton-Robinson a kiss on the cheek after the two met Saturday at the National Voting Rights... read more