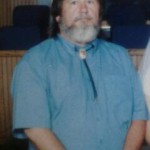 Funeral services will be Saturday, September 1, 2012 at 11:00 a.m. at Selma Funeral Home with Josh Gill and Bobby Carswell officiating. Visitation will be Friday, August 31, 2012 from 6-8:00 p.m. Interment will be in New Live Oak Cemetery.

You may go online to view obituaries, offer condolences and sign the guest book at http://www.selmafuneralhome.com/.