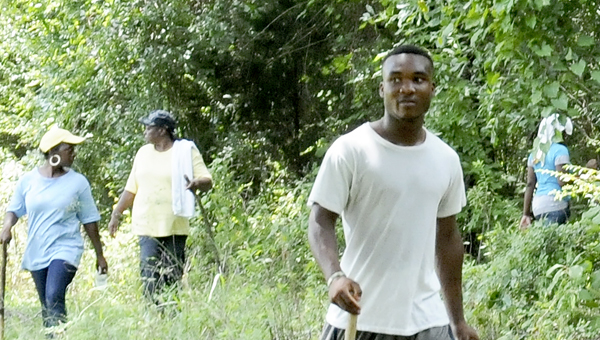 As of Friday, an Orrville woman remains missing after a four-day search. Adline George was reported missing on Tuesday, July 31 around 10 p.m., and due to the circumstances, the police search began immediately.

George, who is 89-years-old often walks several miles a day and family members say she is diabetic and shows signs of early dementia.

George is listed as 5-2, 120 pounds and was last seen wearing green sweatpants, house slippers and a light green shirt.

George’s family said it is normal for her to walk away from home, because she walks about two miles everyday from her home on Dallas County Road 865 to Alabama Highway 22 and then back. But her daughter said neighbors usually see her when she walks and they will stop and pick her up.

“She is known to walk, but this is such a tight-knit community that usually when she walks people pick her up and bring her back to the house,” Sgt. Mike Granthum, with the Dallas County Sheriff’s Department, said. “But that hasn’t happened this time.”

After George was reported as missing, the Sheriff’s Department immediately responded and within the next four days conducted searches with volunteers on foot, a state helicopter, two K-9 units, and cadaver dogs.

Officials from the Dallas County Emergency Management Agency, state fire marshal’s office and the Volunteer Fire Department Association have all closely worked with the Sheriff’s Department and the family, combing through wooded areas and abandoned houses nearby.

“We’ve been searching at least a six to eight mile radius around the house and now we are going to search around Highway 22 because we have just about run out of areas to search here,” Granthum said.

He also said they have had no tips or leads in the case as of Friday, no one has seen George and they have found no clothing. He said the dogs have not picked up on a scent.

As of now, authorities are suspecting she did wander off and they are not suspecting any foul play.

“The response of the community has been amazing,” Granthum said.

Authorities have asked that anyone with information leading to the whereabouts of Aldine George call Crimestoppers at 1-866-44-CRIME.

Today if you see a group carrying a casket through town, it is not because just one person died. It... read more