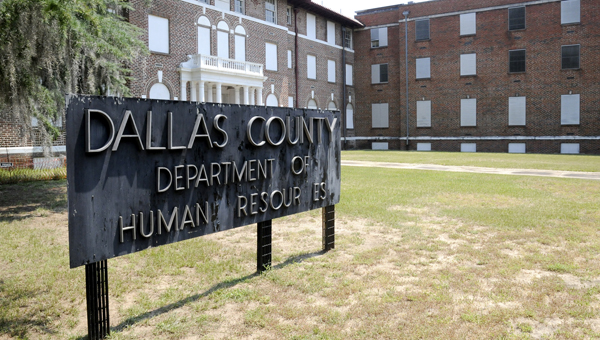 Officials with the Housing Development and Neighborhood Preservation Corporation, a national non-profit community development corporation, said they hope to start construction on the building late next year. They plan to turn the building into an affordable senior housing project. -- Taylor Holland

Upon purchasing the old Dallas County Department of Human Resources building more than five years ago, officials with the Housing Development and Neighborhood Preservation Corporation blame a tanking economy for their delay in turning the building into an affordable senior housing project.

Because the economy worsened less than a year after the San Francisco-based group bought the building with hopes of creating a 50 one-bedroom unit affordable senior housing project, Al Borvice, HDNPC executive director, said they were in limbo for two years before working on the building.

Today, Borvice said the organization is still in the planning and study stages of the project.

“This is a very difficult project, that’s why [the building] was empty for 20 years, because it’s very, very difficult and costly to bring this building back,” he said. “But we’ve done this before. It takes time, and the economy right now doesn’t help us, so we’re going to find some additional funding, along with the tax credits, to make it feasible. So that’s what we’re working on, and have been, for the last couple of years.”

After working with various Alabama agencies to have the site designated as environmentally clean, Borvice said the next step is to submit an application to the Alabama Housing Finance Authority for tax credits, something he hopes to do by next March.

“If we were lucky, and we are successful in March, we would be looking at starting construction at the end of next year,” he said, noting the organization would need some additional funding to help fill financing gaps.

To do that, however, Borvice said there has to be a substantial rehabilitation on the building, meaning the organization will get new electrical equipment, new plumbing, a new roof and more for the building.

“There’s nothing that can be used in that building right now,” he said. “But, it’s a very strong, secure building in terms of the walls, the foundation, etc., so it is a very good building for rehab.”

Borvice said he and others with the Housing Development and Neighborhood Preservation Corporation, a national non-profit community development corporation, were drawn to the old Human Resources building because they thought it was a beautiful site and building.

The organization purchased the building because they wanted to bring it back into production and make it a positive part of the community for seniors, Borvice said, noting that the building may house veterans as well.

The organization did apply for a Department of Housing and Urban Development Challenge Grant, Borvice said, but they were not selected as a recipient of the funding. Despite the setback, Borvice hopes they are on track to began construction at the end of next year.

“It’s very, very difficult,” he said. “We’re trying our best, but it’s very difficult to do this kind of development, especially when you’re rehabbing a historical building.”

Some believe the days of constables in Dallas County…