Residents sound off on new map 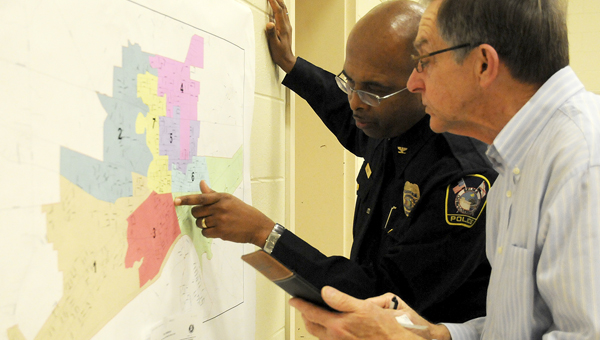 Selma City Council members from six wards, along with Selma city attorney Jimmy Nunn, were on hand to listen to the public’s outcry against the redistricting process.

The municipal redistricting requires near equal representation within each ward of a municipality to elect its councilmember. According to the 2010 U.S. Census, there are nearly 21,000 residents in Selma. With more than 2,000 people as the ideal number for each ward, Ward 4 would lose the most people — nearly 800, in order to make the ideal number.

Nunn, who helped to create five proposed map solutions, said the proposed plan No. 5, is not yet set in stone.

“Every ward is going to be affected by this redistricting,” Nunn said. “This plan has not been sent to the justice department … it’s a working plan. We’ll start revising (the) plan that we need to send to the Justice Department … we want to hear from the public.”

Volunteer says work ‘has been a joy’