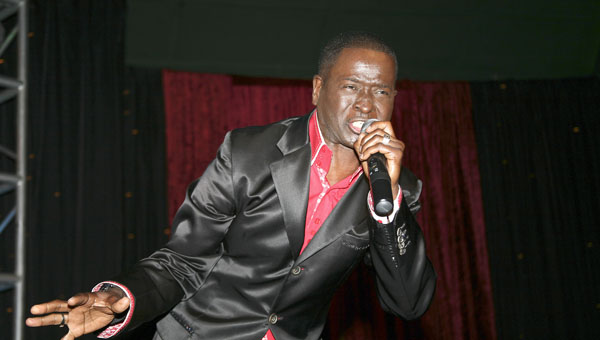 Arthur Dower, a 1984 graduate of Selma High School, is spreading faith through his music. Dower, who currently resides in California, continues to grow in popularity. -- Special photo

As an artist on Lotus/Bungalo/Universal Records, the 1984 Selma High graduate has been singing all of his life, coming in contact with artists Fantasia Barrino, Yolanda Adams, Kirk Franklin and Daryl Coley, one of his idols.

“Everybody says that’s who I imitate (Coley),” Dower said. “I became really close with Daryl over the years — that was a dream come true.”

This April, Dower will release his debut single “Every Chance I Get” written by Dwayne Xavier Bull of Dwayne Xavier Artist Management. Dower’s full album will be released in stores this summer.

“I’m so excited … it’s been a long time,” Dower said. “I thank God and give him praise first. You’ll be very pleased (with it) and you’ll be blessed in a big way.”

With his musical inspirations ranging from The Williams Brothers to The Mighty Clouds of Joy to Daryl Coley, Dower said his project can best be described as urban gospel.

“It’s more like what Kirk Franklin and Mary Mary do,” Dower said. “My style is more like worship — some (songs) are kind of crossover with gospel and an R&B feel … I’m more contemporary, I can reach the African American and white community; I have a couple of traditional songs, traditional quartet, on there. I was raised up in traditional gospel, so I can’t leave that. I combine it all in one.”