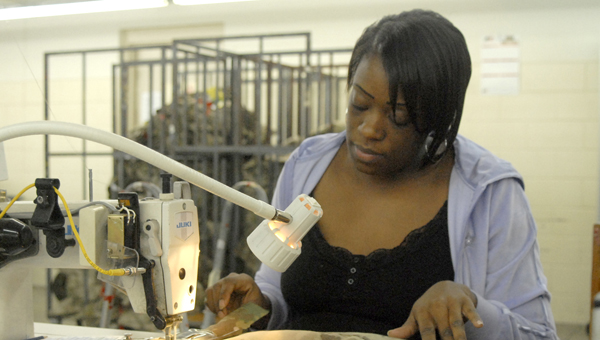 American Apparel president said the closing of the Fort Deposit plant will have no negative impact on the Selma branch. Hodo added that if contracts come through, the Selma plant could add jobs. -- Rick Couch

Officials with American Apparel Inc. announced this week the company is closing its Fort Deposit plant that employs 175 people.

The plant will consolidate into the Selma plant, which will not see a loss in jobs from the changes, said Selma & Dallas County Centre for Commerce executive director Wayne Vardaman.

“We certainly sympathize for the people of Fort Deposit,” he said. “You never want to see something like this, but it will not have a negative impact on Selma.”

The Selma-based uniform company announced Tuesday that it would shutter the facility and combine it with its main plant. The company said “a reduction in the military market” was the reason for the closure.

Company officials say the employees in Fort Deposit will have the chance to apply for jobs in Selma. The plant will close May 31. American Apparel employees about 1,300 people in Alabama. Vardaman said the plant has been a tremendous asset to the community since locating in Selma.

“We’re glad to have them here,” he said. “They are good employers and have always been good about supporting the community. They are good corporate citizens.”