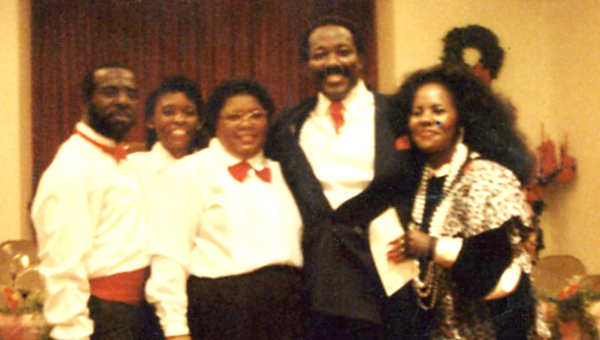 Choirs from all over Selma will come together for an annual Christmas concert at Ebenezer Missionary Baptist Church at 6:30 p.m. Church choirs ranging from Baptist and Methodist to Apostolic and nondenominational will perform. -- Special photo

This Christmas, give your family the gift of song.

With various local churches ranging from Baptist to Apostolic to Methodist and nondenominational coming together to lift up the name of Jesus, first-time directors Chaka Purifoy and Collins Pettaway III, promise the event won’t disappoint.

“The congregation can expect to see a variety of new, different faces and some good ‘ol faces,” Pettaway said. “We have a special singing group, mime dances and a few other surprises we have in store.”

Started in 1973 by former director Remijia Perkins-Norde, the choir consisted of a wide range of denominations, ethnicities and ages as an attempt to bridge the gap between churches in the area. Having traveled throughout Selma and parts of the state to perform, Pettaway said “ministry” is the choir’s base.

“Of course people love good singing each year,” Pettaway said. “The main target is the spiritual aspect of the city. It presents a sense of unity in the city as well as it’s a form of ministry. Members are taught that ministry comes first.”

This year’s theme, “The Realization and Reactivation of the Power of Faith,” is meant to encourage the discouraged, Pettaway said.

“This year, living in this day and age, when there’s so much oppression and depression, we want to remind fellow believers, ‘put it in God’s hand and it will be alright,’” Pettaway said.