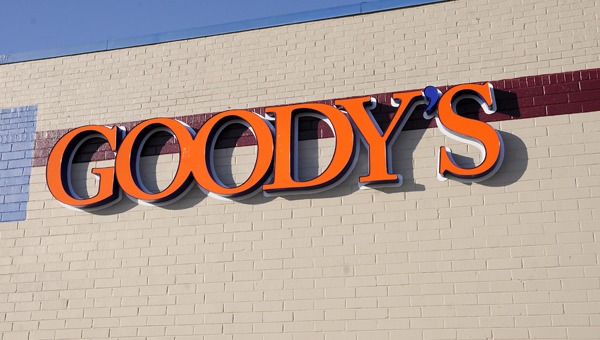 An old favorite will officially return to Selma when Goody’s opens its doors again in the Selma Mall Nov. 2. Workers are now putting the finishing touches on the store as they prepare to open to the public. -- Robert Hudson

In a few days, a new store will open in the Selma Mall looking to give families another outlet for their clothing needs.

Goody’s will have its grand opening Wednesday, Nov. 2 in the Selma Mall at 9 a.m.

Charlotte Fitts, manager of the new Goody’s, said the store will have special offers to welcome customers.

“We have coupons we will be giving out,” Fitts said. “The coupon will be a 20 percent off shopping pass.”

Fitts also said the store has a little bit of everything, from clothes to shoes, for the entire family.

“It’s a family store,” Fitts said. “We offer clothing for little girls, little boys, infants, men, women, juniors, petites. We’ve got it all. We’ve also got our home department that has crystal vases, plates and all the things you’d decorate your home with. We’ve also got a shoe department with lady’s shoes and men’s, boy’s and girl’s shoes.”

“I think the senior citizens mostly will enjoy it because we have a club 50 discount day for them on Tuesdays,” Fitts said. “They’re usually out walking around in the mall during their morning exercise, so it gives them a nice place to go after they finish their exercise. I think the community’s going to love it.”

“It’s going to attract people to the mall shopping center,” Smedley said. “It provides more traffic in that area and brings more shoppers into the facility.”

Smedley said Goody’s would also encourage more people to shop in Selma, which is good for the community.

“This is another opportunity for our community to have another place to shop,” Smedley said. “It gives the community another chance to shop locally, which keeps the tax revenue and income floating.”