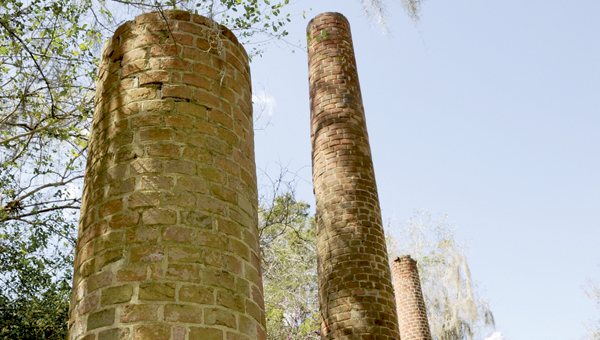 As stories of the history of Old Cahawba spread, the site has become a popular destination for those who enjoy visiting ghost towns. -- Special photo

Newspaper publications from across the country including Alabama and Indiana, recently released articles announcing the popularity of Alabama’s first capital, Old Cahawba.

Once holding prominence from 1820 to 1826, the town that sits between Selma and Orrville, has now become a major tourist attraction — attracting nearly 30,000 visitors annually.

“Ghost towns are tourist attractions,” Derry said. “Cahawba has a great story to tell, so more people need to hear it … as an attraction with a great new visitor center, Cahawba can share a new perspective on the past and allow each visitor to explore their own particular interests … pulling in tourists can help our community.

“I firmly believe that we can build a brighter, more equitable and sustainable future upon the fragments of our past,” Derry said. “That way, we won’t repeat old mistakes or reinvent the wheel.”

According to AL.com reports, on Sept. 13, the Cahaba Foundation presented Derry’s agency, the Alabama Historical Commission, with deeds to 10 parcels of land in the House Chamber of Alabama’s state capitol in Montgomery.  Set up in 2008, the foundation gets its backing from individuals, corporations and foundations for the state historic park at Old Cahawba. The campaign aims to raise $2 million to purchase all the historic land still in private ownership in Cahawba, including riverfront property and land in the former town center.

Derry said she’s extremely grateful to the foundation for its efforts.

“Dwindling state budgets are a challenge, so this public and private partnership is a precious gift,” Derry said. “The Cahaba Foundation has really put first things first … I smiled so much yesterday, that my cheeks hurt! We can’t protect, develop or interpret the site well until the land has been acquired. There is no benefit in jumping ahead to more glamorous projects until this essential groundwork is accomplished.”

Due to the foundation’s acquisition, Derry said, the commission can now focus on making Cahawba a major tourist attraction, which she said will in turn help the economy and create more jobs.

“We will also be a gateway to the authentic natural beauty that surrounds the site for walkers, bikers, paddlers, birdwatchers … as well as history buffs,” Derry said.

Morgan Academy head football coach Brian King said he hopes to have another strong showing from Parker Hughes and the... read more