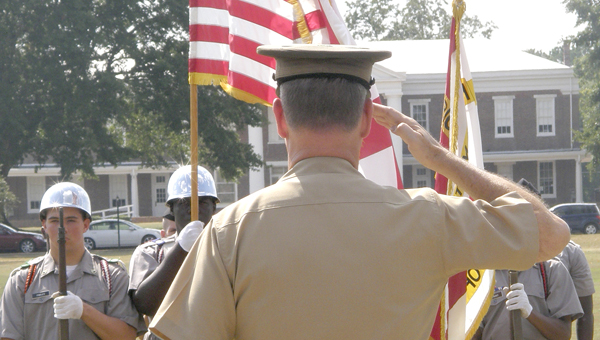 The Cresting Parade marked the completion of the Intensive Training Cycle (ITC) for new cadets.

The new cadets are happy to be a part of the family.

“I am very excited to join the Corps,” said cadet James Porzillo, of Houston, Texas. “ITC was pretty difficult, but taught me that if you stay disciplined and motivated, you can push through. I like it here and really enjoyed the people. My classes are challenging but I’m getting used to the routine.”

In a ceremony immediately following the parade, new cadets were given their first official crest, which will be worn on their garrison cap, signifying their initiation as a cadet into the Corps.

An early morning crash left an 8-year-old Selma girl dead and a 5-year-old with serious injuries. According to Alabama State... read more