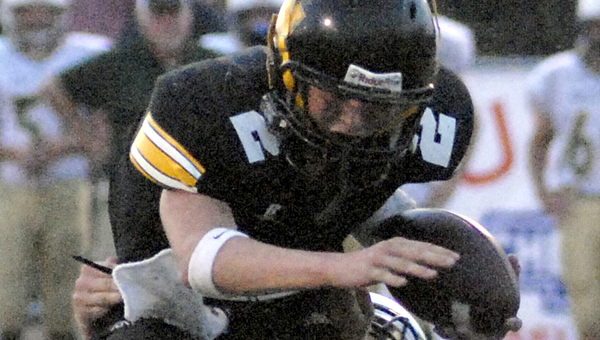 Coming off a season-opening 28-8 loss at home to Ashford Academy, the Meadowview Christian Trojans are looking to bounce back in week two.

The Trojans open region play Friday night in a game that will help decide their playoff hopes, as they’ll travel to Evergreen to play the Sparta Academy Warriors at 7 p.m.

Meadowview head football coach John Glasscock said he’s expecting his team to get a boost from the return of a few players.

Glasscock said defensive end Spivey Pickens will return after being ineligible for the first game, and Pickens’ return will help the defense.

Glasscock said a number of players who were injured during and going into last week’s game will be back to 100 percent come Friday.

“I’m thinking that we’re just going to be better,” Glasscock said. “We’re going to have more depth this coming week.”

Glasscock said his team responded well in this week’s practices after the loss.

“Our kids, they haven’t given up,” Glasscock said. “They bounced back. We had a good week of practice and they’re back in good, positive spirits. We feel like we’re going to bounce back.”

Glasscock said the Trojans must win the field position battle with a strong kicking game, and they must control the ball after losing four fumbles last week.

“We worked hard this week on holding on to the football,” Glasscock said. “We lost four fumbles and it hurt us bad. We were moving the ball well and then fumbled some in the open field.”

Glasscock said Sparta Academy isn’t as strong offensively as Ashford, but they present a tough challenge on defense.”

“Defensively, they’re real, real good,” Glasscock said. “They’ve got a guy, Dalton Baggett, he’s all over the field. They’ll play him wherever they need to stop you. If we can block him, then I think we can move the football.”