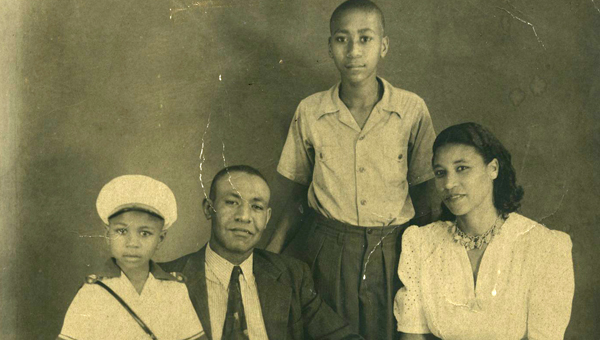 Civil rights activist Amelia Boynton Robinson, who helped pave the way for African-Americans during the struggle for the right to vote, will celebrate her 100th birthday today with family and friends. -- Special photo

Civil rights pioneer Amelia Boynton-Robinson helped pave the way for the signing and passage of the 1965 Voting Rights Act, giving blacks the right to vote and ending racial segregation. Today, the icon will celebrate her 100th birthday.

Beginning Friday, dignitaries, members of Congress, television personalities, civil rights activists will join family and friends to honor Robinson’s long and impactful life in a three-day celebration to be held in Atlanta. The event will include panel discussions and a banquet before wrapping Sunday evening.

Born Aug. 18, 1911 in Savannah, Ga., Robinson was one of 10 children. Known to many as the “mother of the voting rights movement,” Robinson worked with her mother to distribute voter registration and education pamphlets to women from their horse and buggy in 1920.

After graduating from Tuskegee Institute (now Tuskegee University) in the late 1920s, she moved to Selma with her late husband S.W. Boynton Sr., in the early 1930s to Lapsley Street. Always an advocate for social justice and racial equality, Robinson and Boynton worked side-by-side in fighting for African-American voting rights and property ownership. Holding such professions as home demonstrations agent with the United States Department of Agriculture, teacher, real estate agent and supervisor for a black insurance company, Robinson believed in the importance of educating her community.

In 1963, a white insurance agent viciously attacked Boynton at his insurance office on Franklin Street. Two years later on March 7, 1965, or Bloody Sunday, local law enforcement and Alabama state troopers tear gassed and beat hundreds of peaceful marchers with billy clubs near the Edmund Pettus Bridge. Robinson, who had also been beaten for fighting disenfranchisement, received severe attacks at the Dallas County Courthouse and was left for dead near the bridge.

The late Rev. James L. Bevel, who was also influential in the civil rights movement, spoke highly of Robinson’s courage during a 1995 speech.

“Amelia was fighting illiteracy and fear in African-American people with love,” Bevel said. “Not only did she raise the oral and intellectual standard of her people through education, in 1936, she wrote a play to further inspire the people and to raise funds to carry on the liberation struggle.”

“She was the one responsible for my upbringing,” Boynton said. “At a young age I was certainly instilled with a sense of racial tolerance and equality. I’ve accompanied my parents to innumerable civil rights meetings around the state of Alabama. They were invariably president and secretary of organizations … they were known as ‘Mr. and Mrs. Civil rights.’”

In a time where racial injustice was the norm, Boynton was all too familiar with the bitter sting of segregation, especially while traveling on buses and trains. He attributes his boldness to his mother.

“That (the meetings) coupled with a knowledge of my family’s history, caused me to be … really intolerant to the various racial segregated or discriminatory practices that existed at the time,” Boynton said.

“All of my life I practiced a type of defiance. I would do everything I could to resist being segregated.”

Robinson was the first woman in the state of Alabama to run for Congress, when she ran in 1964.

A registered voter since 1932, Robinson has voted in every local, state and national election since. In 2011, Robinson’s family helped to establish the Amelia Boynton Robinson Foundation, Inc.

One of the founders of the Dallas County Voters League, Robinson has garnered many citations and awards throughout her lifetime such as the Martin Luther King Jr. Freedom medal and the Southern Christian Leadership Conference’s highest achievement, the Rosa Parks award.

Boynton said his parents were pillars of the civil rights movement, solidifying their place in history.

“She is now an icon in the civil rights struggle,” Boynton said. “It’s difficult to say a role my mother played up against my father who spent his whole life here in Selma fighting for rights of blacks … she (my mother) would continue what my father was doing. Nationally and internationally wise she’s known for what she’s done and applauded for it.”

And though she’s lived a century, Robinson, Boynton said, is still on a mission.

“She’s disappointed in the attitude of blacks now that they’ve become, or have the opportunity to become, registered voters,” Boynton said.

“She has at this time a mission that blacks would learn their history.”