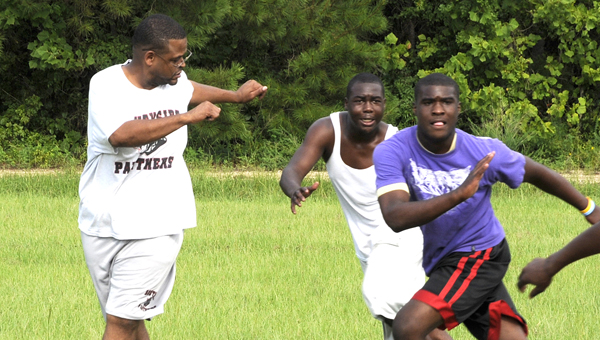 Crum will be coaching a few of the same players who played under him at his former job at Tipton Middle School.

It’s one of the reasons Crum said he was approached for the head coaching position at Southside.

“Principal (Clarence) Jackson got in contact with me regarding the job,” Crum said. “He said he thought I would be the right man for the job because of my success and experience with the same kids at Tipton.”

Crum said he’s excited about reuniting with some of his former players, but he’s also thrilled to be returning to his alma mater.

“I’m excited about it,” Crum said. “I graduated from Southside in 1990. It’s a homecoming of sorts.”

Crum said his main goal is to win games and make the team competitive.

“My plan is to compete at the highest level,” Crum said. “I want to take this program forward.”

The Panthers begin their first practice on Aug. 1.

Crum has already met his players and gone over formations with them and while he’s not yet sure what changes he’s going to make to the team’s offensive or defensive schemes, he knows for a fact that he wants to set the tone on day one.

“Basically, I want to establish the tone for the entire season on the first day,” Crum said. “I want to teach discipline, hard work and fundamentals.”