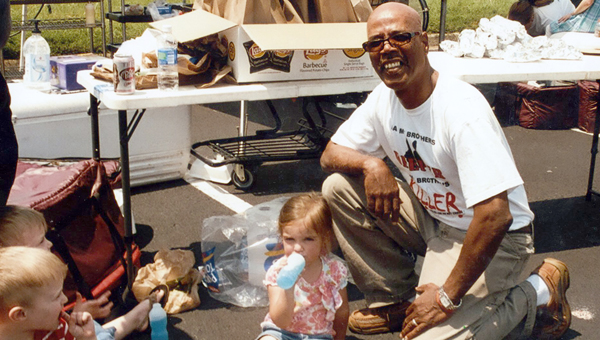 Michael Bowen visits with children during a trip to Tuscaloosa through the Safe Haven Center’s relief efforts. Several churches have continued to provide aid to those impacted by the April storms. -- Special photo

Though it has been two months since tornadoes struck Tuscaloosa, one Selma group has not let up on its relief efforts.

When the tornadoes hit April 27, Safe Haven Center of Selma began organizing its first mission April 30 and, president Rev. Michael Bowens said, they will continue to provide aid “as long as the need persists.”

After arriving on the scene, Bowens said he was shocked to see just how serious the situation was.

“Conditions were even worse than what people, the newspapers and television reported,” he said. “It was something I had never seen before.”

Churches that have contributed to the efforts include New Selmont Baptist Church, House of Praise, Church of the New Beginning and Freedom Baptist Church.

Safe Haven Center is a program for parolees and drug offenders aimed at smoothing their re-entry to the community and as a means of preventing recidivism.

The Center offers referrals for those with an urgent need for drug dependency treatment, employment opportunities, family counseling and housing.

Bowen said Safe Haven believes “that with the right environment, the right education and proper support, its clients are capable of making a real contribution to our community.”

Matthew Moore, 73, has been farming since his father died in 1956. -- Tim Reeves Black farmers and their families,... read more