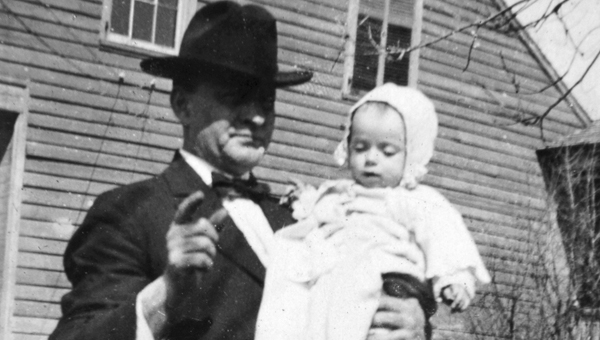 For a writer who penned numerous stories, cookbooks, a play and an untold number of greeting cards, thank you notes and correspondence, the obituary Windham wrote herself was just 101 words. It simply mentioned her family, where donations could be made in her memory and a memorial service yet to be announced.

It was a simple, unassuming end to a life so well documented, celebrated and vibrant.

The city of Selma, the state of Alabama and the world lost a dear treasure Sunday when Windham died in her home, surrounded by friends and family, at the age of 93.

“Today was about abiding our mother’s wishes,” Windham’s daughter Dilcy Hilley said Monday, following a private service that saw her mother buried in a wooden coffin, a coffin she purchased years ago, and wrapped in a Gee’s Bend quilt. “The response from people, from around the country, has been so amazing.”

For Windham, she had hoped for a quiet passing, but for a woman so beloved, it was hard for her life not to be heralded.

Media outlets throughout the country called those who knew Windham, asking for comments and stories. The museum adorned with her name on the campus of Alabama Southern Community College was flooded with photo requests.

“All the love my mother put out over the years has come back to us,” Hilley said. “We feel like so many people are grieving with us today.”

For longtime friend Amelia Katts, Windham’s death puts a period on the end of an era.

“She was a real nice lady,” Katts said. “You are not going to find none like her.”

Over the past few weeks, Windham had battled health issues, but did have the chance to go fishing with friends.

Mahan is also responsible — as is another friend — for one of the more iconic pieces of jewelry that regularly adorned Windham’s neck for the past three decades.

Mahan, who also was the dentist for Windham’s friend Millie Vick, had to redo a gold bridge for Vick. In redoing the work, Mahan took the old bridge, melted it down, added a little bit more gold to the mix and fashioned a gold “Jeffrey,” in honor of Windham’s ghostly sidekick, Jeffrey the ghost.

“So, whenever someone saw her up on stage or walking around —most of the time — she was wearing Millie’s old crown,” Mahan said. “I’m not sure she didn’t wear that thing 90 percent of the time over the past 30 years.”

“I’m not sure who she left it to, but that story is true,” Vick said Monday evening. “That used to be my bridge.”

Vick, who learned of Windham’s death Sunday afternoon, said Windham taught her “a lot you need to learn, but the things you have to have a person teach you.”

She too spent most of Monday reminiscing about Windham, their time together, and the time spent with Windham and her late husband, Brother.

“Brother, you know, chauffeured Mrs. Windham around,” Vick said. “He used to tell me all the time that he didn’t know if he could handle it if anything happened to her.

“Now I guess they’re back together again.”