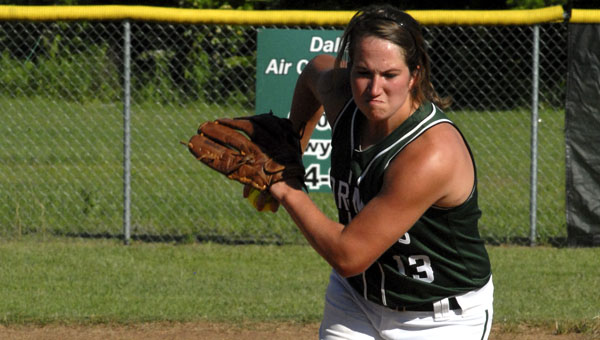 For the eight Dallas County seniors Friday afternoon began with a mix of joy and sadness, but at the end of their last home game, disappointment was the overriding emotion.

“This was a game that I think they wanted too much to win,” Lady Hornets head coach Ed Miller said. “I think they pushed a little too hard and didn’t play their game.”

Dallas County started strong with two runs in the second when Stewart singled and was driven in by Deborah Cunningham on a single. A wild throw allowed Cunningham to get to third and was promptly driven in by Jasmine Gould on a sacrifice fly to right field.

The Lady Hornets stayed on the front foot in the second inning with a leadoff single by Avery Mott and then, one batter later, Cassie Daniels drove a ball over the left-field wall giving Dallas County a 4-0 lead.

“They put so much pressure on themselves,” Miller said. “When someone made a mistake, they felt like they let the whole team down. That’s not normally how these girls are, but they were so ready for senior night, I think they let it get to them a little bit.”

After failing to decide the game in seven innings, the two teams went to an eighth frame and the Lady Knights were able to capitalize with five straight hits to pull out to a lead the Lady Hornets couldn’t come back from.

“We played hard today,” Miller said. “Now that senior day is over, I think we will turna round and relax a little more. We get to play the same team Tuesday for their senior night. I think we can go over there and return the favor.”