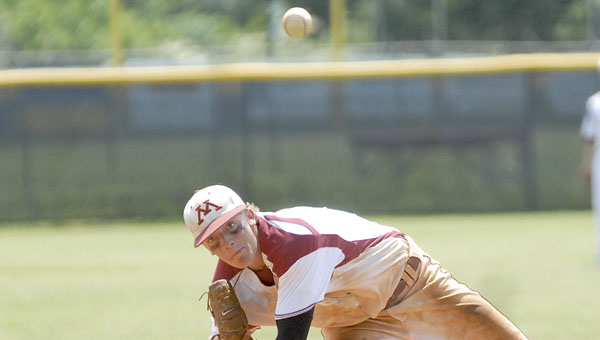 With their 15-8 victory over Tuscaloosa Academy last Saturday, the Morgan Senators earned home-field advantage in the playoffs.

Thursday the Senators get their first chance to cash in that advantage when they take on Lee-Scott Academy at 2 p.m in the first of a doubleheader played on Thursday, with a deciding game played Friday if necessary.

“I think the kids are really excited about it,” Senators head coach Bob Taylor said. “This is more excitement then they have shown in a long time. Practice gets a little redundant in the middle of the season, so you try to keep it simple and fun, but now they can kind of see they have a chance.”

The excitement of playoff baseball may have sparked a renewed energy at practice, but keeping a cool head about what is ahead has been Taylor’s task, to go along with the ground balls and hitting.

Morgan coaches have been on the phones trying to find out more information on their next opponent and Taylor said the Senators should know what they are up against.

“They have 3 pretty good pitchers,” Taylor said. “They have two that throw from the right side and one lefty. We’ve been told they do a real good job of playing small-ball, so we will have to be good with our fundamentals.”

The Senators have been hot at the plate the last three weeks, but seeing good pitchers who have had time to rest, could cool off bats, forcing Morgan into a small-ball game of their own.

“We are prepared to do it either way,” Taylor said. “We have been swinging it pretty good lately, if that continues Thursday, great. If not, we know we can get it done one base at a time.”

Nelson named to All Star squad